The Oscar nominee wasn’t excited about the role at first…

Amanda Seyfried almost turned down the chance to Elizabeth Holmes in The Dropout – but luckily for us, she quickly changed her mind.

The Mamma Mia star has revealed that she initially rejected the lead part in the upcoming Hulu miniseries, over fears that the high-pressure gig would conflict with her busy personal life. It didn’t help that, at the time of the offer, Amanda was suffering from a ‘tough case’ of coronavirus – and hadn’t motivation to do anything at all, really.

“I had COVID. I was isolating in the basement of a gross townhouse in Savannah, Georgia, because my husband was working on a movie there,” she recalled in an interview with the Hollywood Reporter. “And now an L.A. shoot? Pass!”

After some much-needed rest, however, she decided to bite the bullet and go for it.

“It’s really going to be difficult,” the mother-of-two remembers telling herself. “It’s a huge challenge. But I can’t believe that I get a challenge like this.”

The highly-anticipated drama initially hired Kate McKinnon to play the disgraced Theranos founder, but the SNL actress ‘dropped out’ (geddit?) three months before filming commenced in May 2021. It was during this rush to fill the role when Amanda, who received her first Oscar nomination last year, was selected as her replacement.

Despite feeling excited to join the seven-episode series, the 36-year-old struggled to embody her on-screen character. She “watched and listened” to the endless media coverage on Elizabeth’s rise and downfall as a blood-testing entrepreneur, but remained completely unable to get to know her.

“It’s crazy that she can still be such an enigma with all the information surrounding her,” she said.

Amanda also realized that she wasn’t able to imitate Elizabeth’s infamously deep voice – a trait that has long been associated with the former businesswoman’s public persona.

“I’m physically not capable of it,” she explained. “Besides, I promised I wasn’t going to give myself a hard time and try to completely mimic this other human being.” Adding that the “shape of my mouth isn’t the same as hers [Elizabeth’s]”, Amanda has improvised by creating “sounds somewhat or pretty close to what she did.”

Elizabeth Holmes was convicted of defrauding Theranos investors in January 2022, after a California jury found her guilty of three counts of fraud and one count of conspiring to defraud private investors. She is expected to be sentenced for her crimes, which carry a punishment of up to 20 years in prison, on 26 September 2022.

The Dropout will be available to watch on Hulu on 3 March.

The perfect guide for the perfect gift We understand how difficult it can be to choose and buy the right ... 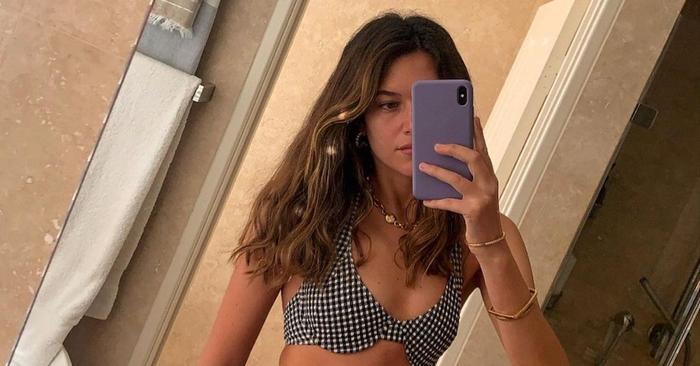 31 Cool Preppy Swimsuits to Check Out This Summer

Whenever preppy fashion is brought up my mind immediately conjures up images from popular ’80s movies like Heathers, Pretty in Pink, ...

I’m A Celebrity… Get Me Out Of Here! will return to Australia promise Ant and Dec