everything to know about the biggest supermoon Bigger is not always better, but in this case…

The Summer Solstice has definitely started this season the right way. The sun is shining, temperatures are soaring, and now there will be the biggest and brightest supermoon to add to the list.

Yes, the second supermoon of the year is here, so if you missed the Strawberry supermoon last month, keep your eyes peeled this week. It is expected to be so big in fact that the July full moon is reported to last up to three days after the main event.

But why is this supermoon special? When is the best time to see it? And where does the “Buck” name come from? Keep scrolling to find out.

Wednesday 13th July 2022 is when the moon will be the closest to the Earth, and will look its fullest. If you want to catch it rising, get outside for 9:47pm, and watch it emerge from the horizon. The moon will start to rise from the south west from this time, so that’s your best bet for moongazing.

How often does a full moon occur?

Following the moon cycle, a full moon occurs every 29.5 days. It naturally occurs when the Earth is directly aligned between the Sun and the Moon.

What makes it a supermoon?

A supermoon occurs when the moon is at the closest point to the Earth while along its orbit. This July supermoon will be the closest to the Earth out of all the full moons this year, so this is not one to miss. It is the first supermoon of the astrological summer and will appear 14 percent bigger and 30 percent brighter than usual.

Why is it called the Buck Moon?

Many moons ago (excuse the pun), before Audemars were around, the moon was used as a calendar. A tool for tracking the months and years. The Chinese New Year is based on the lunar calendar, as are many other religious festivals.

Moons were given different names inspired by the changes seen in nature. Apparently, the July full moon gained its Buck Moon title to reference the time when male deers’ antlers finished forming and began to harden, who would’ve guessed it?

Deers’ antlers begin forming in the spring, and fully harden around the time of the first full moon of the summer.

The Buck Moon is the name you’ve likely heard the most, but it is also referred to by some as the Full Hay Moon due to it being the season for harvesting hay. It also carried the name, Full Thunder Moon, as thunderstorms can shake the skies in the summer season. Remember the thunder and lightning a few weeks ago? Nope, 30 degrees right now will make you forget that ever happened.

What does the Buck Moon affect?

Astrologically, the moon is in the sensitive sign of Capricorn, a time for letting go, and speaking your truth (sensitively). The super bright July full moon is the time to let go of negative thought patterns and focus your time on meditation and manifestation.

A full moon is always a time of illumination, to shine a light on how far you’ve come and to manifest a brighter future.

The next full moon in August is another supermoon, so keep an eye out for that one.

How much about violence against women has actually changed since Sarah Everard’s murder?

Sarah Everard went missing on 3 March 2021 in South London, walking from a friend’s house in Clapham to her ... 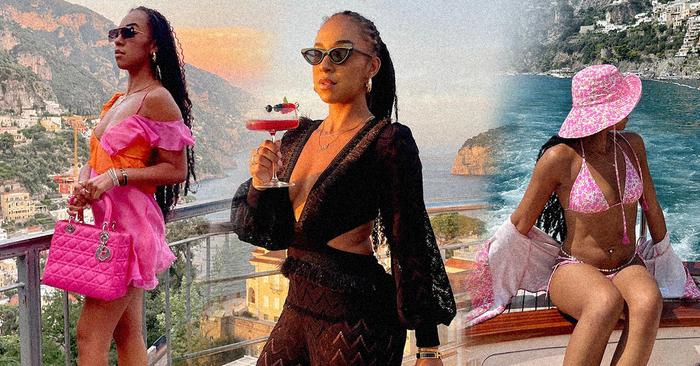 Outfit Inspiration For Europe From An NYC Based Editor