Feeling exhausted? How much vitamin D per day to take in the winter Trust us on this one.

It’s not news that it’s cold out, with temperatures set to drop even further next week. In a word: brrrrrrr.

As a result, it’s getting harder (and harder) to get up in the mornings, isn’t it? Combine lack of sunlight with the sudden drop in temperature and the fact you feel like you’ve been hit by a train despite getting eight houts sleep, and the cozy allure of your duvet becomes all the more tempting, even with a sunrise alarm clock to help you up.

That’s where, as a Health Editor, I thought I’d remind you that the NHS website advises you start supplementing Vitamin D as the days get shorter.

As per the NHS doctors, Vitamin D is key for helping your body to regulate levels of both calcium and phosphate, which in turn maintain your bone, teeth and muscle health.

Keen to beat the winter blues? Keep scrolling. Don’t miss our guides to vitamin D recipes, vitamin D foods, and the link between vitamin D and coronavirus, while you’re here.

How much vitamin D per day should you take?

As per the NHS website, you need ten micrograms of vitamin D a day. This applies to any children above the age of one year and all adults who live in the UK. Kids under one require 8.5 micrograms per day.

Amount specified by International Units on your supplement packaging? FYI, ten micrograms of vitamin D is equal to 40 IU.

Basically, keeping your mind and body well during winter, as per government guidelines, does require a vitamin D supplement. Just make sure it’s the right amount, and do check with your doctor if you are taking other supplements. Wondering if you can take too much vitamin D? Short answer: yes, you can, as new research in the British Medical Journal has highlighted.

It’s on the rise and linked to a wide range of potentially serious health issues, they share.

Called “Hypervitaminosis D,” the doctors who conducted the study say it refers to supplementing too much vitamin D and subsequently feeling:

“This case report further highlights the potential toxicity of supplements that are largely considered safe until taken in unsafe amounts or in unsafe combinations,” they conclude.

While this isn’t something to immediately stress about, it is something to be mindful of, warn the doctors in the journal. The main thing is to make sure you aren’t supplementing too much vitamin D, and further, check with your doctor if you are taking other supplements alongside it. 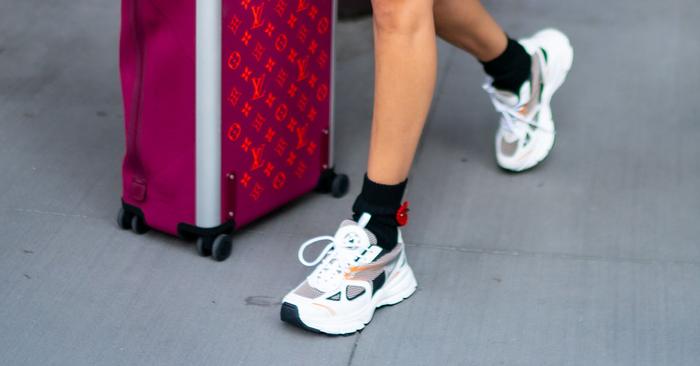 What to Never Wear on a Plane, From a Flight Attendant

“I would advise against anything really constricting,” says Fischbach. “You want to get the most comfortable you can be to ... The best Scandinavian fashion brands you need to know