On 24 February, President Vladimir Putin launched Russia into a multi-pronged attack as it invaded Ukraine by land, sea and air.

In defence of Ukraine, numerous luxury fashion brands and conglomerates have temporarily halted trading in Russia.

Hermès – famed for the iconic Birkin Bag – and Richemont, who own Cartier, were first to make the move to close stores and halt trading during the horrific invasion.

Richemont cited operational challenges, as well as concerns for their staff, for the reason they have halted sales, while Hermès gave no reason when they announced they would “temporarily close our stores in Russia and pause all our commercial activities”, where they have three stores and 60 employees.

Chanel confirmed they were stopping business in Russia on LinkedIn, and shared their reason for stopping sales in a post, which read: “Given our increasing concerns about the current situation, the growing uncertainty and the complexity to operate, Chanel decided to temporarily pause its business in Russia.”

According to Reuters, LMVH – who control designer brands, including Christian Dior, Fendi, Givenchy, Marc Jacobs, Stella McCartney, Celine and many more – have stood in support of Ukraine and closed 124 of the Russia stores. Despite shutting branches they will continue to pay the 3,500 employees in Russia, during the horrific devastation that continues.

Shoppers urged the major designer brands to take action in support of Ukraine amidst the invasion, which has reportedly seen one million Ukraine civilians flee the country, during Fashion Week.

Louis Vuitton pledged to donate €1 million to refugees as they were “deeply touched by the tragic situation unfolding in Ukraine”, they wrote on Instagram.

However, social media users were not impressed, and urged for more to be done, with many urging the brand to “stop selling in Russia”, read the comments.

Apple, Microsoft, Ikea, Nike and Adidas have since suspended sales in Russia too.

Ikea has suspended activities and e-commerce in Russia and Belarus, and has donated €20 million (£17 million) for Ukrainian refugees who have had no choice but to leave Ukraine.

Leading global retailer ASOS has also backed Ukraine, and followed other brands in stopping trade while the war wages on to protect their partners working in Ukraine and Russia.

A statement from the label read: “Against the backdrop of the continuing war, Asos has decided that it is neither practical nor right to continue to trade in Russia, and has therefore today suspended our sales there.”

Meanwhile, sporting giant Adidas has also taken a stand and suspended its long-term partnership with the Russian Football Union (RFU), while football associations FIFA and the Union of European Football Associations (UEFA) have banned all Russian teams from participating in athletic competitions.

As Russia’s ruthless attacks on Ukraine continue, there are things we can do on an individual level to help, including charities to donate to to help civilians in Ukraine at this traumatic time.

Katie Holmes’s $88 Necklace Is My Next Jewelry Purchase

Katie Holmes is the queen of approachable style. While she sometimes surprises us with avant-garde looks, her everyday style is ... 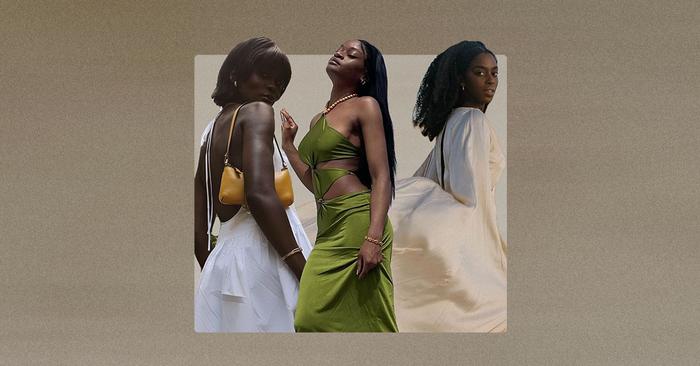 41 Honeymoon Outfit Ideas for the Most Popular Destinations

Morocco has become a haven for honeymooners because it has some of the most beautiful hotels in the world—they’re typically ...