“I lost my 20’s to a cruel cycle of negative relationships.”

“I wasted my twenties in a never-ending cycle of dramatic break ups.”

Did you know? One of the most comprehensive studies on addiction to date, which observed eleven different addictions, from drug to gambling addiction, estimated around 3 to 6% of adults suffer from love addiction.

Other studies reporting as high as 26% of the general population.

Never heard of it? Love addiction has a variety of definitions, but according to the Addiction Centre, it “creates fixations and compulsions in love interests and can play itself out in unhealthy behaviours toward loved ones.” Think going above and beyond a healthy limit to do what your partner wants, consistently putting their needs before your own, and struggling to concentrate as you fixate on ways to please your partner.

Understandably, this kind of addiction lends itself to intense emotional highs and lows, straining a relationship and going against the core components of a healthy relationship.

“I thought I had bad luck with guys, but I was addicted to the punishing cycle of negative relationships.”

“My husband calls me ‘puppy’ due to my excessive energy, enthusiasm and tendency to get distracted. I’m anxious, easily excitable, and giggle and weep with alacrity.”

“However, he finds a stillness within me that I never knew existed. I can rest my head on his chest and be unconscious in minutes. After years of being addicted to love, if that means dating bad, crazy, exciting men who kept me on an emotional rollercoaster, this one has shown me the simple joy of just being. We never run out of things to say to each other, and we rarely argue. And I’ve realised that this isn’t boring – it’s normal.”

“I’m aware I sound smug, but I still can’t get over how many years I wasted being anxious and sad. And how many women I meet who have done the same. Before I met my husband, arguing was my preferred means of communication. I thought that fighting showed true passion. I spent more time analysing my boyfriends and obsessing over them with girlfriends than I actually spent with them.”

“My love life was like a bad 80’s exercise video – if it wasn’t hurting, it wasn’t working. I actively looked for relationships that would hurt me emotionally, because I was so addicted to love and the sheer excitement of the highs and lows. Sound familiar?”

“I’m backed up by science on this too. A study by the Oxford Centre For Neurotics revealed for some people in romantic relationships, the brain’s reward centres are stimulated in the same way as if reacting to addictive drugs. They experience euphoria, craving, dependence, withdrawal and relapse on a regular basis, and they’ve labelled them ‘love addicts’.”

“Like drug dependency, being addicted to love can impair judgement. Plus, it can cause those affected to put themselves in dangerous situations that impact their physical and emotional health. I never considered myself a love addict, yet I spent much of my life exhibiting that behaviour.”

“Looking back, the signs were there early. As the eldest of six girls, I felt a little lost within my own family at times. I longed for attention and, although I loved my sisters, sometimes it seemed like I was never listened to, and only looked at when I was being told off. I longed to be the cleverest or the prettiest or the best at something – and I thought I would never stand out.”

“As a child, I was also badly bullied at school and sexually abused by someone who lived in the area, which made me feel anxious and ashamed. It was a lonely time and I longed to meet someone I could trust, who made me feel safe. At secondary school, after the bullying stopped, I still struggled to make friends and was excluded by my classmates.”

“When, aged 15, I met a boy at a disco, I promptly fell in love with him. It felt like the first time anyone had ever paid me any attention. In hindsight, I would have fallen for anyone who had taken the time to talk to me that night. I was simply grateful he wanted to spend time with me.”

“I kept being grateful, even when he shouted at me, sexually degraded me and pushed me to the ground. I remember crying because I wanted to end it, but I was convinced that no one would ever want me. I truly believed having him was better than no one at all. Incredibly, the situation went on for six years before I got out towards the end of my degree, when it dawned on me that I might actually be able to have a life without him.”

“In my twenties, the pattern continued. I thought I just had a lot of bad luck with guys, but I was addicted to the punishing cycle of negative relationships. I’d fall for someone who seemed out of reach and spend all my energy trying to ‘win’ them. I really believed relationships had to be hard to be worthwhile.”

Writer Daisy Buchanan in her twenties

“There was the guy who told me I needed to lose at least a stone if I wanted him to take me seriously. Then the one who would invite me out with his friends, then disappear with other women for hours on end. Meanwhile, my self-esteem was crumbling. I started to think there was something fundamentally wrong with me, and obsessed over fixing  my flaws in order to make myself ‘good enough’.”

“It was an awful way to live and yet I found the idea of being single frightening. I had terrible sex with men I can barely remember, just because I needed proof that someone wanted me. I was desperate for another boyfriend and longed to feel loved, and then the second I felt secure in a relationship, I’d cheat as an act of self-sabotage.”

“I was 26 when I turned to a therapist. I felt overwhelmed, unworthy and constantly on edge. I used to wake up and burst into tears without really understanding why. My anxiety was so bad that I had chronic IBS. I’d find myself overwhelmed by stomach cramps, with sweat pouring down my face. My gut knew something was wrong before my head did. I believed these feelings came from the anxiety I felt around my career, and the constant pressure to achieve. But it was something else.”

How therapy helped me kick my bad habits

“My boyfriend at the time was highly unpredictable. I fell for him because he could be affable, carefree and charming, but his mood swings were intense. When we were with our friends, he seemed relaxed and happy, but when we were alone, he’d shout at me. Telling me he couldn’t bear to be around someone who was so unhappy.”

“One day my therapist suggested the cause of my unhappiness might be him and yet I’d never considered it. She suggested I was addicted to choosing partners who would hurt me, because my self-esteem was so low that I needed someone to confirm my sense of poor self-worth. Initially it seemed like a crazy idea, but gradually it all fitted into place.”

“According to my therapist, many female clients in their twenties and thirties have similar relationship problems. ‘Most people who’re addicted to love are high achievers who were under an enormous amount of academic pressure at school,’ she told me. ‘They want to “achieve” in their relationships in the same way, but are also filled with a conflicting urge to act out and rebel.’ From what I see around me in my friends and read online, this rings true.”

“Anxiety is endemic in our generation. When we’re overwhelmed by a sense of worry and nameless dread, creating relationship drama is a way of taking control. If we’re causing our own problems, we don’t feel as if we’re at the mercy of the universe.”

“Behavioural psychologist Jo Hemmings adds, ‘Millennials have grown up in a world that embraces the ease of finding the next love fix. They have a longer time to date and make non-permanent relationships. Technology has allowed them to form those relationships with greater simplicity and variety. So, the pattern of craving love, followed by heartbreak and falling back in love again becomes the “norm”.’” Daisy today, with her husband, Dale.

“Just when I was beginning to gain some insight into why I was the way I was, my therapy ended, I found myself single and immediately spiralled out of control emotionally. I soon reverted to what I knew – a man.”

“This time it was an affair with someone who was married. It was the one line I thought I’d never cross. With the logic of a love addict, I told myself I wouldn’t get hurt by someone I could never have in the first place. Of course, I got horribly hurt. And yet some of my therapist’s words were starting to sink in.”

“The fifth time I spent money I didn’t have on new underwear, only to get a text cancelling our meeting, a little voice said you deserve more than this. Lying in bed next to him when he had one eye on his phone and the other on the TV, the voice got louder. I did what I’d always done, and looked to yet another man for validation.”

“However, the one I met next would change my life. He was funny, clever, kind, and far too nice to me. ‘He bought me this book I’d mentioned, randomly, like some kind of psycho!’ I wailed to an exasperated friend. ‘What’s wrong with him?’ She replied, ‘This is the first time that I’ve known you to date someone who is nice to you. Perhaps it’s you who needs to change.’”

“At first, it was so hard to change my habits, but once I realised my future didn’t have to be determined by my past, things fell into place. I’m ashamed by how obvious this sounds, but I learned there’s so much more to spending time with a partner than fighting and making up. We could be friends.”

“I went back into therapy and instead of trying to destroy my relationship when I got scared, I talked through my feelings. Dealing with being addicted to love has helped me to manage my anxiety and boost my self-esteem. I’m not cured, but I now understand I was addicted to searching for someone to love me, because I wasn’t capable of loving myself.”

“Six years later, I’m finally in a happy, healthy relationship because I have accepted I’m worthy of love – my own love, as well as my husband’s.” 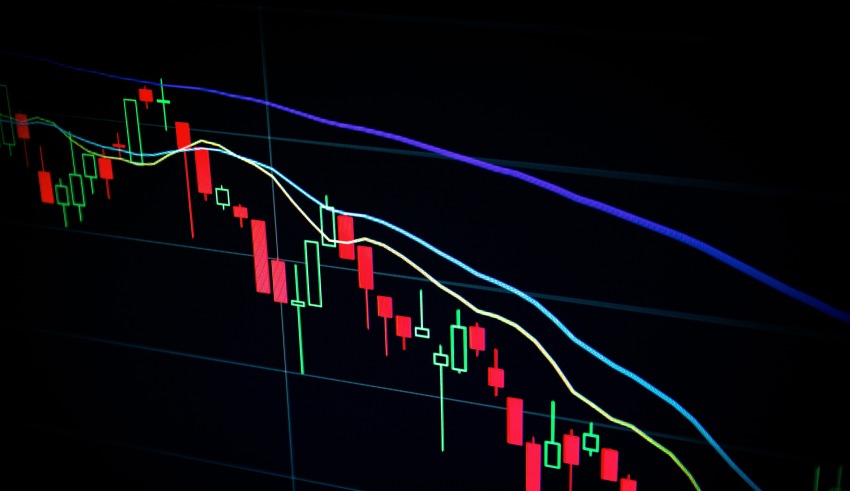 Ever wondered about the best way you could access the markets to trade? Want to know how you could become ...