The Kardashian/Jenner brood know how to throw a party, whether it is a birthday, Christmas, Thanksgiving, or a baby shower.

The most recent family bash is Kylie Jenner’s baby shower for her second baby, who she is expecting with rapper boyfriend Travis Scott.

The Keeping Up With the Kardashians star, who has three-year-old daughter Stormi, sparked rumours she has revealed her baby’s gender at the lavish baby shower.

Kylie, 24, shared images of the almighty baby shower on her Instagram account on Friday 14 January, although it has been claimed the celebration took place back in December, and has been reported she has already given birth to Stormi’s younger sibling.

To mark the celebration of the arrival of their little bundle of joy, the Kylie Cosmetics founder hosted a giraffe themed baby shower, which also followed a pink theme – leading fans to believe she is having another girl.

The secret event saw three giant giraffe statues propped up, as well as miniature animal ornaments, pink draped curtains, a vast flower display, and petals scattered in a pool at the venue

The tables were decorated with an individual rose for each guest, as well as a personalised blanket with their name embroidered on it.

But the embroidery theme did not stop there, as Kylie also put on an activity, which enabled her guests to get creative too.  Her guests were able to crochet their own special something for her, Travis, Stormi and their new arrival.

Kylie’s older sister Kendall etched “I love u – Kenny” in green stitching to her sibling, while others created love hearts, or other messages.

In the string of images Kylie shared on her social media account, she posed for pictures on her own with her baby bump, as well as with her momager Kris Jenner, 66, and 87-year-old grandmother MJ.

For the occasion Kylie wore Atu Body Couture’s white open-back long sleeve maxi dress, which boasted a turtleneck collar, and retails for £484 at Farfetch. She completed the look with a diamond knotted necklace, while her brunette tresses were styled in deep Hollywood waves.

The billionaire not only gave an insight into the décor, her outfit, and the activities, but also the vast collection of gifts she received.

Kylie was certainly showered with gifts, as she showed off a Dior pram, which fetches close to $5,000 US, a Dior small travel suitcase, as well as a selection of Tiffany & Co. gifts – because you can’t miss the iconic blue bags waiting in the gifting area.

Kylie announced she was expecting her second child in September 2021, and though she has remained tight lipped about her pregnancy once again, there is growing speculation she has already given birth to a baby girl.  However, Kylie has yet to confirm this. 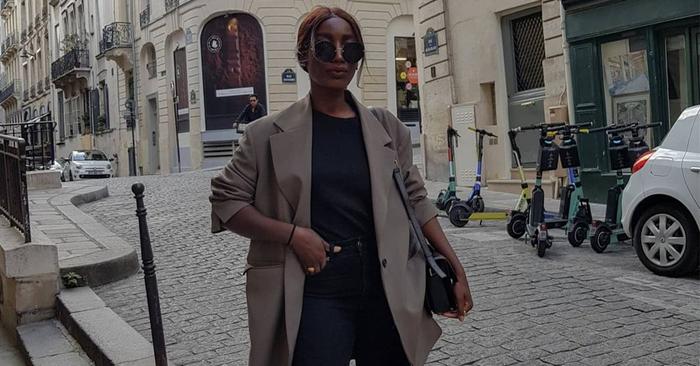 The 29 Best Black Jeans for Women Based on Reviews

I wear black jeans on the regular. While I’m also favoring light-blue jeans these days, I routinely turn to black denim because ...