Inside ‘Operation London Bridge’: what will happen when the Queen dies

The secret plans have been exposed…

Queen Elizabeth has been doing her job for almost 60 years, celebrating her Platinum Jubilee next year. She is the longest reigning monarch we’ve ever had, even surpassing her grandma, Queen Victoria, who previously held the title.

Considering the Queen Mother lived to the ripe old age of 102, we hope Queen Elizabeth isn’t going anywhere soon – but what will happen when she does pass away?

Speculation has been mounting around her health since her recent hospitalisation and her following absence from the Remembrance Day service this weekend. And according to The Guardian, there is already a plan for the sad time when we have to say goodbye.

The procedure that will follow is reportedly known as ‘Operation London Bridge’.

The said operation was leaked a few years ago, with journalist Sam Knight giving a detailed account of everything that will follow.

It revealed that the Queen’s private secretary will be the first official to hear the news, and he will proceed to alert the Prime Minister that ‘London Bridge is down’.

Following this, the Foreign Office will pass the news to the 36 other countries in the Commonwealth, before alerting the various governor generals, ambassadors and prime ministers across the world, and soon afterwards the media will receive the news so that they can begin to alert the general public.

According to Knight, ‘a footman in mourning clothes will emerge from a door at Buckingham Palace, cross the dull pink gravel and pin a black-edged notice to the gates. While he does this, the palace website will be transformed into a sombre, single page, showing the same text on a dark background.’

Prince Charles will reportedly make an speech to the nation on the same day that the Queen’s death is announced, followed by a message from the Prime Minister.

Media coverage is likely to last for days or weeks, with programming schedules interrupted and newsreaders wearing black as a mark of respect.

From here, Britain is officially in a period of mourning and this will last for 10 days, which Knight comments will be ‘days of sorrow and spectacle’. Prince Charles will reportedly become the King at 11am the following day, with Prince William and Kate Middleton’s titles changing to Prince and Princess of Wales.

The Queen’s coffin will ‘lie in state’ for four days before she is buried, and the funeral will take place 12 days after her death. The service will be lead by the Archbishop of Canterbury and her coffin taken to Westminster Abbey by gun carriage.

It is unclear whether she will be buried with her father, King George VI, and her late husband, Prince Philip, in a plot at the St George’s Chapel in Windsor, or whether her final resting place will be in Balmoral or Sandringham. 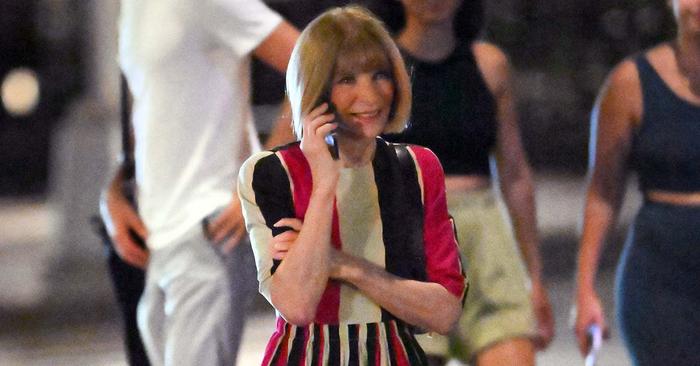 By this point of the summer, I’ve officially lost count of the number of cool New Yorkers that I’ve spotted wearing espadrilles, leading me to ...