Alopecia is no laughing matter

From Beyoncé’s all-green bonanza to Jamie Lee Curtis’ sweet homage to Betty White, last night’s Academy Awards was a night to remember. However, one thing is clogging up news feeds more than everything else – that slap.

It wasn’t a surprise when the first meme popped up showing Will Smith on the verge of hitting comedian Chris Rock. “My alarm going off” and “me” are plastered on the two celebs. What the public’s reaction, and indeed the joke that set off the famous slap, neglect to highlight is the difficulty and trauma that come with female hair loss.

Although Jada Pinkett Smith remains outwardly positive about her journey with the autoimmune disorder, Chris Rock’s joke about her playing the next G.I. Jane sent Will Smith spiralling. Bringing into the spotlight the upset that can happen when people are blasé about health conditions.

Pinkett Smith, wife of the King Richard actor, has been vocal about her journey with hair loss. The actress first opened up about her struggle with alopecia back in 2018 on an episode of Red Table Talk. She shares how she felt when she started to lose handfuls of hair in the shower: ​​”It was one of those times in my life where I was literally shaking with fear. That’s why I cut my hair and continued to cut it.”

The confrontation – that is being dubbed as ‘television history’ – sent social media into frenzy. With fans and celebrities alike showing their support for Jada. Jameela Jamil tweeted to commend Will Smith for standing up against Rock using the hashtag #protectBlackwomen.

Put simply, alopecia means hair loss. The two most common forms are androgenetic and areata alopecia. The former is caused by genes and hormones whereas the latter depends on problems with your immune system.

Androgenetic alopecia affects around 50% of women over the age of 65. Jada Pinkett Smith is living with the other form of hair loss which is much less common. Only 1 in 1000 people have the condition.

What happens when you have alopecia?

On top of the physical consequences of hair loss, it is also linked to increased mental health issues. A study published in the British Medical Journal found that people living with hair loss face ‘personal, social and work related problems’ which directly affect their wellbeing and self esteem. The research showed that about 40% of women with alopecia have had marital problems as a consequence, and about 63% claim to have had career related problems.

What can we learn from this?

Last night’s television highlight isn’t something to make fun of. In fact, it’s time we did the exact opposite. Instead of reposting a still from the sequence, educate yourself and ask questions about the condition that affects 400,000 of us.

If you need support or want to find out more about alopecia, the NHS has loads of information on hair loss, here. 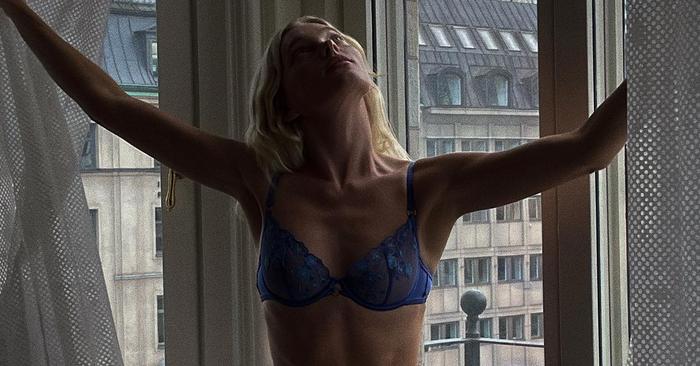 5 Lingerie Brands at Nordstrom I Love for Valentine’s Day

There’s something about Valentine’s Day that I have always loved. I love red roses, chocolate, love letters, and the color pink, ...

Roo it’s Alfie here behind the keyboard. Remember how my humans got me a human puppy to play with a ...

Common skincare mistakes we all make according to dermatologists