A summer job working at a local café, pub or shop for a little extra pocket money might be de rigueur for many teenagers, but it’s not necessarily something you’d associate with a member of the royal family.

Well, according to reports Lady Louise Windsor, the Queen‘s great granddaughter, has been earning £6.83 an hour working at a garden centre.

According to The Sun,  a shopper spotted the daughter of Prince Edward and Sophie, the Countess of Wessex, pruning and potting plants, as well as serving behind the till and greeting customers.

The shopper described Lady Louise as “modest”, “sweet” and “polite”, telling the newspaper: “I couldn’t believe it was Lady Louise — I had to look twice. She is a really modest and sweet young woman who is polite and attentive to customers. She seemed to be loving the job.

You’d never imagine the Queen’s grand-daughter would take on a role working behind a till.”

It’s believed that Lady Louise was working several days a week at the garden centre after finishing her A-level exams in June.

Last week, the 18-year-old found out that she’d bagged herself a place at the same Scottish university where her royal cousin, Prince William met Kate Middleton.

A Buckingham Palace spokesperson confirmed that Lady Louise will take up a place to study English at the University of St Andrew’s in the autumn term.

Although the palace have never officially confirmed the 18-year-old’s A-level subjects or grades, it’s thought that English, History and Drama were her studies of choice at St Mary’s School in Ascot, Berkshire.

Despite being 16th in line to the throne, the daughter of the Queen’s youngest son, the Earl of Wessex, Lady Louise – along with her brother, James – doesn’t use an HRH title and is not expected to carry out royal duties when she’s older.

It might be an unexpected move from a teenager who lives at her parents £30 million mansion in Bagshot Park, Surrey, but it’s one that seems to have delighted fans of the monarchy. As one shopper told The Sun: “It’s not every day you buy your begonias off a royal.” 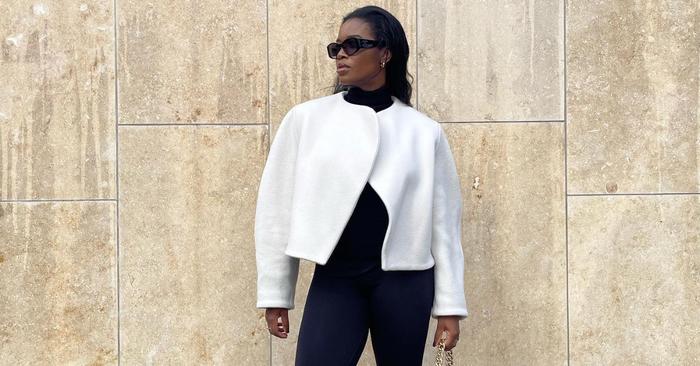 The Best Knee-High Boots to Wear With Simple Leggings

There are some pieces in our wardrobes that will always go together, like jeans and T-shirts and cardigans and tank tops. ... Inside the star studded guest list at Britney Spears’ wedding