Here’s everything you need to know

Nazanin Zaghari-Ratcliffe, a charity worker from North West London has been freed from Iranian prison after being detained for six years.

Earlier today it was reported that the British-Iranian woman had her passport returned whilst under house arrest. Only nine hours later, she is on a plane on the way to her husband and seven-year-old daughter.

Back in 2016, Zaghari-Ratcliffe was detained by Iranian authorities who alleged she was plotting to topple the government in Tehran, the country’s capital. Throughout her time in prison, she has denied the spying charges made against her and no official charges have been made public.

Why was Nazanin Zaghari-Ratcliffe detained?

If you haven’t been keeping an eye on the current developments, here’s a quick run-down.

Six years ago Iran’s Revolutionary Guards said Zaghari-Ratcliffe was heading up a “foreign linked hostile network” against the Iranian government. She was detained at the airport after visiting her parents in Tehran for the Iranian New Year.

At the time, the Thomson Reuters Foundation and BBC Media Action said she was not working in Iran but was on holiday there.

Zaghari-Ratcliffe, who has dual British and Iranian citizenship, was sentenced to five years in prison. She was given temporary leave in March 2022 and sentenced to another 12 months in prison a year later – she lost an appeal in court both times.

What has the UK government got to do with it?

Throughout her time in detainment, Nazanin has been communicating via her husband, Richard Ratcliffe who has protested against her sentence with hunger strikes.

Mr. Ratcliffe says Nazanin was told that she was being held in Iran due to a million-pound dispute between Tehran and the UK. The Iranian authorities claimed that the UK owed a £400m debt due to a cancelled order of military tanks.

Many foreign secretaries have been unsuccessful in securing Zaghari-Ratcliffe’s release, until Liz Truss made a statement this afternoon.

Why has Nazanin Zaghari-Ratcliffe been released now?

Basically, the Iranian Revolutionary Guards feel as though they do not need Zaghari-Ratcliffe for leverage against the UK anymore. This proves that she was being used as a diplomatic pawn.

There are also talks happening in Vienna at the moment about Iran restricting nuclear activity if economic sanctions against the country are lifted. This would help both the UK and Tehran due to the conflict in Ukraine.

The British government has also paid the historic debt for the tanks that were not delivered.

On top of her husband’s protests, many people have voiced their anger towards Nazanin’s imprisonment. Most notably, the family’s MP Tulip Siddiq.

Speaking to the BBC, Mr Ratcliffe has said that he is “looking forward to the beginning of a new life”. He went on to say: “The first thing she wanted was for me to make her a cup of tea.” The Royals will be attending these Jubilee street parties come Sunday 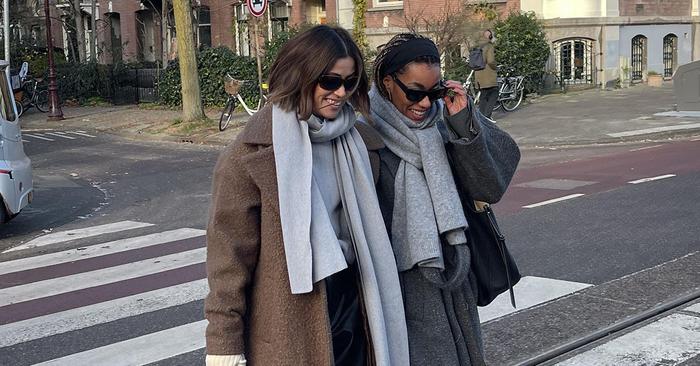 I don’t know about you, but Scandi style is all I can think about right now. The stylish women in Europe’s northern ...