In a genuinely planet-first move from the brand.

In a groundbreaking move today, the billionaire founder of Patagonia Yvon Chouinard has shared that he will be giving the entire company away to causes fighting to stop climate change and reduce our global carbon footprint.

Announcing the move yesterday evening, the founder explained that the entire company would be donated to a nonprofit organisation which will be structured solely to make sure all profit goes back into saving the earth.

Patagonia is one of the world’s most successful sports gear brands and was born out of Chouinard’s personal love of rock climbing.

On the move, Chouinard, aged 83, said: “As of now, Earth is our only shareholder. ALL profits, in perpetuity, will go to our mission to ‘save our home planet’.”

“If we have any hope of a thriving planet – much less a thriving business – 50 years from now, it is going to take all of us doing what we can with the resources we have. This is another way we’ve found to do our part.”

As a family – Chouinard has a wife and two children – they’ve worked with lawyers to figure out a unique system whereby Patagonia will still operate as a for-profit company, but 98% of those profits will go directly to Holdfast Collective, a nonprofit with the aim of “using every dollar received to fight the environmental crisis.”

The other 2% has been set aside to help the trust oversee the company’s core mission and values.

They’ve worked hard to design this structure to protect the company from being sold on or taken public, which would likely result in the funds not being donated to charitable causes.

“Instead of ‘going public’, you could say we’re ‘going purpose’,” explained Chouinard. “Instead of extracting value from nature and transforming it into wealth for investors, we’ll use the wealth Patagonia creates to protect the source of all wealth.”

Patagonia’s board chair Charles Conn has explained that the company hopes to pave the way for other companies and overturn the archaic concept of prioritising personal profit over planet.

“Instead of exploiting natural resources to make shareholder returns, we are turning shareholder capitalism on its head by making the Earth our only shareholder,” he penned for Forbes magazine.

The company has been widely praised for setting a new standard and showing other companies how to genuinely make eco-friendly business moves, and comes as fast fashion brands like Boohoo are called out for their greenwashing (they announced Kourtney Kardashian as their Sustainability Ambassador last week, despite her having no credentials in this field).

What do you reckon of the move? 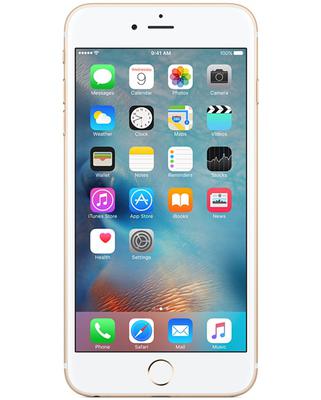 My iPhone 6s Plus

by Aaron (London) iphone 6s plus I recently upgraded to the iPhone 6s Plus from the iPhone 6 because of ...

This epic Bridgerton scene was apparently ‘cursed’ according to the cast