Prince George, Princess Charlotte and Prince Louis are reported to have a starring role in the celebrations this weekend The royal siblings will be celebrating their great-grandmother’s Platinum Jubilee in style.

A four-day weekend, to celebrate Queen Elizabeth’s Platinum Jubilee, is fast approaching and there are a whole host of royal events planned.

One that is sure to get royal fans excited, is seeing the Duke and Duchess of Cambridge’s three children during Thursday’s Trooping the Colour.

Prince George, Princess Charlotte and Prince Louis, who have all appeared on the Buckingham Palace balcony during previous versions of the event, are set to take on a more starring role this year. Hello! Magazine reports that the trio will be joining their mum, the Duchess of Cambridge in the carriage procession.

During the ceremony, Prince William usually rides on horseback, while Kate shares a carriage with the Duchess of Cornwall, but this year, we might very well be spotting her alongside her children: eight-year old Prince George, seven-year-old Princess Charlotte and four-year-old Prince Louis.

In 2019, Prince Louis made his first appearance at Trooping the Colour by joining his family on the Buckingham Palace balcony to watch the flypast by the Royal Air Force.

A ceremony performed by regiments of the British Army, Trooping the Colour marks the official birthday of the British Sovereign and has done so for more than 260 years.

The event sees 1,400 parading soldiers, 200 horses and 400 musicians in a display of fanfare to mark The Queen’s official birthday.

The 95-year-old monarch, who is celebrating 70 years on the throne this weekend, will arrive at Horse Guard’s Parade in Whitehall by carriage. In her younger years, the Queen used to ride in on horseback.

Once the Queen arrives at Horse Guard’s Parade, there is a Royal salute and the monarch carries out an inspection of the troops. There’s a whole number of highly regimented steps that then take place, culminating in Her Majesty being joined by other members of the royal family on the balcony at Buckingham Palace to watch the RAF flypast. A 41-gun salute is also fired in Green Park to mark the event.

It’s certainly going to be a busy weekend for the royal youngsters; The Telegraph reports that the Cambridge children will also be joining the Duchess of Cambridge at the Tower of London moat for the Superbloom flower show.

Wanting to hire for your small business? An essential 101 guide to interviewing on Zoom 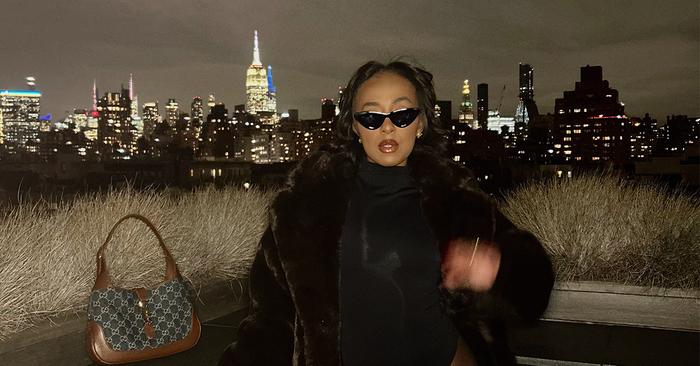 I Tried Going Without Pants for the Evening in NYC

The internet went wild when Kendall Jenner decided to go pick up a bouquet of sunflowers while leaving her pants at ... Kendall Jenner wears Khaite buckle mules while out in California