James was diagnosed with bowel cancer in 2016 and has since worked tirelessly to raise awareness around the disease, launching the hit BBC Radio 5 podcast, You, Me and The Big C.

She captured the heart of the nation, inspiring millions of people through her podcast, blog and social media, documenting her experience with bowel cancer under the handle @Bowelbabe.

Her Bowelbabe Fund has gone on to raise over £7 million and before her death, Deborah was awarded a Damehood for her incredible work.

Prince William visited Deborah and her family to present the Damehood in person, something that her late husband Sebastien Bowen has opened up about.

“There was the time I opened the door to Prince William, who had come to give Deborah a damehood,” he recalled in an interview with The Times. “He felt like a friend but he was the future king. That was bizarre. He was so relaxed; he came and sat down in the garden and had champagne with the family.”

He then went on to explain that Prince William looked out for his and James’ children, Hugo and Eloise, in a particularly special way – sharing advice on grief, having lost his own mother during his teenage years.

“He’s obviously been through similar grief with the loss of his mother, so he gave powerful advice to the children that will stay with them forever,” Sebastien Bowen recalled.

He went on to explain how Prince William put them all at ease, with the Duke of Cambridge reportedly cracking a joke on his arrival.

“Deborah had a glass of champagne, a glass of wine and a glass of sherry in front of her,” her late husband explained. “She hadn’t been allowed a drink for months and the first thing William said was, ‘I’m glad to see you are triple parked.’ That was an immediate ice-breaker.”

Deborah James also spoke about the special moment at the time, recalling: “It’s quite surreal having a royal pop in at home, and yes you can imagine the cleaning antics and preparation went off the scale — but it was all irrelevant because William was so kind and he put us all at ease.”

Our thoughts are with Deborah’s loved ones.

Visit The Bowelbabe Fund for more information on how to donate. 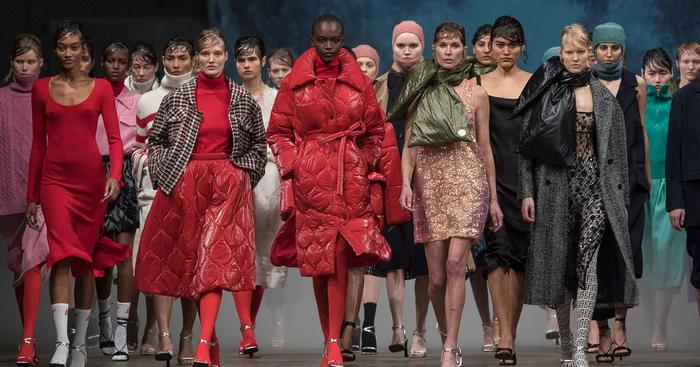 While I’m still trying to make last-minute travel plans for this summer, the fashion industry, as always, is thinking way ahead. ...

How Much Aran Yarn For A Sweater? [Answers for 5 Sizes]

Our included yarn calculation table gives you quick answers to the question – How much aran yarn do I need ...

The story behind the Queen’s Coronation gown