The Mountbatten-Windsors are undoubtedly the most talked-about family in the world, with the millennial members causing a huge surge in popularity for the royals.

They watch Game of Thrones, shop at Whole Foods, and love an emoji. Yes, from Princess Beatrice to Zara Philips, Kate Middleton to Prince Harry, these royals are just like us.

An interview with Prince William resurfaced this week, demonstrating that yet again, the royals aren’t so different from us – and that being an heir to the throne doesn’t exempt you from a telling off.

The Duke of Cambridge opened up about one particular incident, that saw Prince William and his cousin Peter Philips told off by the Queen after they chased Zara Philips into a lamppost.

It hadn’t meant to be dramatic according to Prince William, with the two quad biking around the Queen’s Scottish residence, but after getting Zara involved, it is said to have got out of hand.

‘We were chasing Zara around who was on a go-cart,’ Prince William explained to Sky News for The Queen at 90 documentary. ‘Peter and I managed to herd Zara into a lamppost and the lamppost came down and nearly squashed her and I remember my grandmother being the first person out at Balmoral running across the lawn in her kilt.’

He continued: ‘She came charging over and gave us the most almighty bollocking, and that sort of stuck in my mind from that moment on.’ 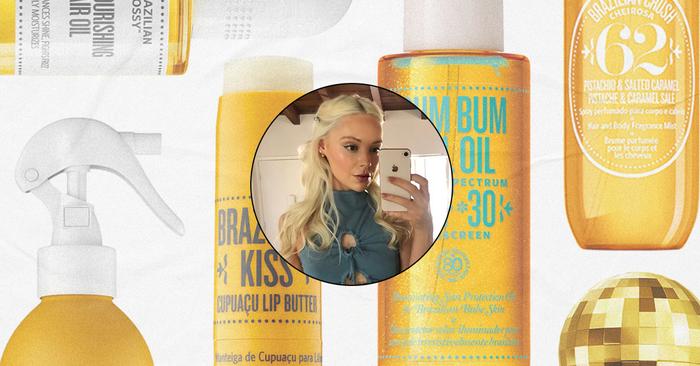 Of course, Sol de Janeiro’s best-selling Brazilian Bum Bum Body Cream ($48) was iconic in its own right BTT, but the ...