After Queen Elizabeth II‘s sad passing last week, official events have been unfolding one by one to properly honour her life. One of the largest of these events so far happened yesterday, 14th September, at Westminster Hall, where the monarch’s coffin was transported to begin her period of lying in state.

There, the Archbishop of Canterbury led a short, 20-minute service in honour of the Queen’s life and reign, in presence of all of Elizabeth’s children and grandchildren, and their spouses. Everyone in the Hall looked extremely emotional, as was to be expected after such a destabilising loss for the family and the country.

Notably, Princesses Beatrice and Eugenie, daughters of Prince Andrew and Sarah, Duchess of York, looked overcome with emotion over the loss of their grandmother. Both dressed in mourning, Beatrice stood in the Hall next to her cousin James, Viscount Severn, and her husband Edoardo Mapelli Mozzi, whom she married in 2020 and with whom she shares daughter Sienna.

Her younger sister, Eugenie, stood between her cousin Zara Tindall and her husband Jack Brooksbank, whom she married in 2018 and with whom she shares son August.

Prince William and Prince Harry were reunited once again as they followed the procession for the Queen’s coffin from Buckingham Palace to Westminster Hall, then joined by their respective wives Catherine and Meghan once they arrived. Both sons of the new monarch, King Charles III, are reported to be extremely sad over the loss of their grandmother.

“This is such an intensely difficult time for the princes,” a source recently told Us Weekly. “They both adored their grandma and it will take some time to process the reality of her passing.”

The Queen’s coffin will lie in state at Westminster until the day of her funeral, on Monday the 19th, where members of the public are able to come pay their respects to her (so many people have come in fact that we’re now counting them in terms of miles).

Her funeral ceremony will then take place in Westminster Abbey and the Queen will be buried at Windsor Castle, which was her residence for the latter years of her life. 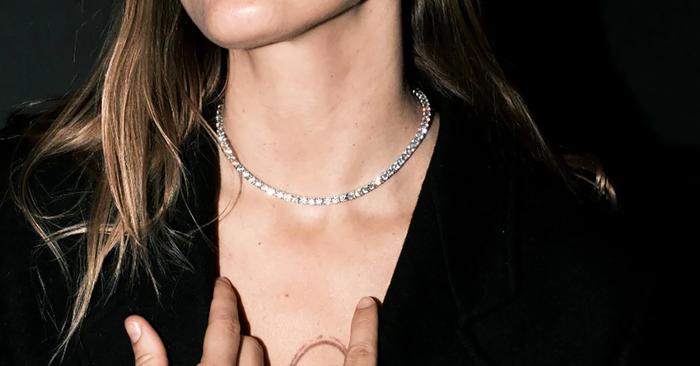 Just like seemingly everyone else right now, I’m completely obsessed with tennis necklaces and bracelets. I’ve done my fair share ... Her solicitor also said that Tiggy was “relieved that the BBC accepts that the allegations are completely untrue and without ...