Universities Minister Michelle Donelan announces her plan to counter the wave of spiking attacks and sexual harassment on UK campuses.

Today it has been announced that a new working group to both improve student safety and stamp out spiking in clubs and on university campuses is being launched.

This comes after the wave of drink spikings and sexual violence last year which saw 11% of university students have their drinks spiked, as per student outlet The Tab. Research by the Alcohol Education Trust also found more than one in ten young adults had been victims of spiking.

Bringing together universities, police and experts – all with the aim of making students safer – the group, launched by the Department of Health and Home Office, wants to lower the number of attacks on students and strengthen victims’ rights, too.

As part of the push, Universities Minister Michelle Donelan is asking all higher education bodies to bring in policies to protect students by the end of the year.

As spiking in clubs and at universities across the UK continues, what needs to be done to stop it?

Speaking exclusively to Marie Claire UK, Donelan voices her opinion that spiking in clubs, at universities and more generally is such a serious and potentially life-threatening issue “that, quite frankly, even a single incident merits swift action.” Sadly, in this instance, we’re not talking about a single incident or even a handful.

“The scale of the problem is shocking,” she goes on. “One survey suggested 2,600 students reported being spiked in the first term of university last year.”

Not only that, but as Stamp Out Spiking CEO and Founder Dawn Dines explains, many victims don’t feel they can come forward and detail the incident to the police. Just last March, an SOS survey found that 97% of victims didn’t report the crime.

“Last year students held a nationwide boycott of nightclubs to send a clear signal that the situation was unacceptable. I and millions of others agree – it’s close to home for me. When I was younger, somebody close to me was spiked with devastating consequences. That unimaginable ordeal has stuck with me to this day.”

“I have seen the trauma that these attacks cause to victims and their families and now that I am a Minister, I was to use my platform to say enough is enough – I say that on behalf of every person who has been spiked, affected by spiking or spent the night fearing for their safety because of these sick monsters.”

Good question – and one that many campaigners, including the Girls Night In campaigners who made headlines last year for their anti-spiking campaigning, will want to know the answer to. “The task force will bring together vice-chancellors, police, campaigners and victims who will produce robust plans for practical action to help keep students safe,” explains Donelan.

How will the move make students feel safer, and will it take years before the positive impact is actually seen? Donelan doesn’t think so. The group will report back before the start of the autumn term in the hope of giving students “the peace of mind they deserve as quickly as possible,” she emphasises.

Not forgetting Donelan’s request for every university to have a policy on tackling spiking in place by the end of the year.

This is the first time a body of this kind has been set up to tackle this issue. In Donelan’s own words, “we need action and we need it now.”

What will it mean for university students in the UK?

Above all, the Minister wants students to be able to go on nights out and feel safe, and for campuses and university towns to be safe zones for students.

She goes on that “[her] working group won’t rest until this is the case” as the thought of university being ruined or cut short because of spiking “should not have to be something students have to worry about.”

How will the task force work?

As above, by grouping chancellors, police, senior figureheads and victims to ensure that stamping out spiking in clubs, on university campuses and generally stays a top priority over the coming years. Donnellan’s aim is to come up with more practical ways to put a stop to spiking and make sure students feel safe in their homes and on nights out.

“Students will see that this issue is at the top of the agenda for their vice-chancellor and local police, and my working group will establish this from the start,” shares Donelan.

She continues that ultimately, this new initiative will work hand in hand with organisations like Stamp Out Spiking and Can’t Buy My Silence (a pledge on the misuse of non-disclosure agreements to cover up sexual misconduct on university campuses). Any insight or evidence gathered will then be used to inform the Government’s report to Parliament on Spiking, due next Spring.

What message does it send to those perpetrating the attacks?

Donelan aims to “put fear into the hearts of those who even think about committing these appalling attacks” – “these perpetrators underestimate the resolve of victims and the collective strength we have in getting justice for those victims,” she continues.

She goes on to add that the brazen nature of many of these attacks shows how invulnerable perpetrators feel – but her aim of this campaign is to get the message out that this is about the change.

“If I could speak directly to any would-be perpetrators of the future, I would say this: we are empowering your potential victims, we are rallying university leaders and we are mobilising the police. I will not stand by and let you ruin your victim’s life. Under my new initiative, you will only ruin your own.”

Tia* is a student at Exeter University who was spiked by a barman last year. Here, she shares her story.

“I went out for drinks and pizza with some friends on a Wednesday student night before term started. I had no intention of having a big night – I just wanted to have a couple of small ciders and some food with some friends. After having the pizza and a drink, we went to a second bar where we got given a voucher for a free shot, so on we went to the third bar to claim the free shot. When I got to this bar, the barman asked me if I wanted extra ice. When I said yes, he gave me the free shot and a free drink.”

“I only realised later that the free drink had been spiked by the barman.”

“I remember very little after this – I have to rely mainly on my friends’ accounts of what happened. I was fine for a little while after drinking the spiked drink – I was able to play a bit of pool in the bar. After this, we left the bar and walked to a Brewdog bar just off Exeter High Street. We sat in a booth and ordered a couple of small ciders, which is where things rapidly went downhill.” “I was confused, started to sweat, and couldn’t keep my head up. My friends and the bouncer took me upstairs to the toilet where I was violently ill and couldn’t stop being sick. They called 111 but due to Covid the ambulance was couldn’t pick me up, meaning my sister had to come and take me to A&E.”

“It took 3.5 hours before I saw anyone and by the time they tested me for drugs, there was only a very faint trace of GHB in my system. I was given fluids and told to go home, rest, and follow up with my GP.”

“The night that I got spiked, I felt like I’d been hit by a bus. Three days later, I was still in a terrible state. I was limp and weak, had no appetite and was unable to keep any food down.

“It took a long time to get over the physical side effects – I’ll never forget how dreadful the experience was. I am very cautious now when I go out and I don’t trust people anymore. It’s awful to think that it was a barman who did this to me.”

If you yourself have been a victim of spiking or sexual abuse, know you are not alone. Counselling is available via NHS referral or you can contact the Victim Support helpline on 08 08 16 89 111.

“We’re here with you — and we’ll never stop fighting for you.” The Supreme Court has announced its decision to ... 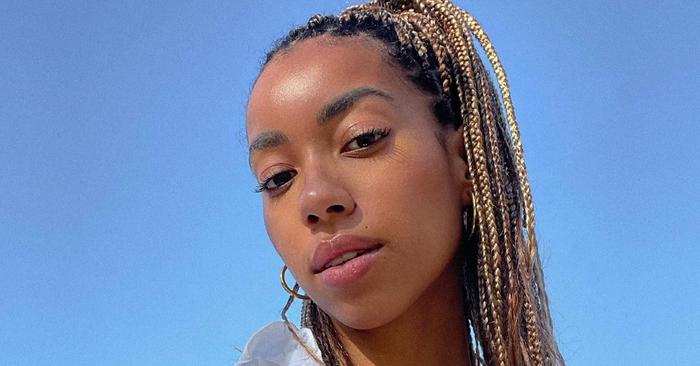 The 14 Best Products for Dull and Dry Winter Skin

Fact: My skin just really likes to act up during the winter. Whether I’m dealing with breakouts, dryness, or both, ... Is Hugh Grant going to play Prince Andrew in a new film about the royal’s Newsnight interview?