Emily in Paris first burst onto our screens in 2020 and the reception was divisive to say the least.

The US comedy drama sees loveable Chicago marketing executive Emily Cooper relocate to the French capital to offer an American perspective at a Parisien marketing firm.

It was a resounding success and despite some backlash (particularly when it picked up two Golden Globe nominations), even those who claimed to hate the show have admitted to secretly being addicted.

No one was remotely surprised therefore when Emily in Paris season two was confirmed.

So, what can we expect from part deux? Here’s what we know so far…

The first sneak peek of Emily in Paris season two has officially been released by Netflix, and if its anything to go by we can expect berets, Champagne and a lot of Instagramming.

This comes after the cast created their own video to announce that season two was happening, with the tagline, ‘Deux is always better than un’.

Emily in Paris season one trailer

Netflix announced that Emily in Paris was coming back for a second season in November 2020 with a hilarious post. The streaming site announced the news as a funny email by Emily’s company Savoir, breaking the bad news that she has been forced to stay in Paris a little longer.

‘We are writing to regrettably inform you that Emily Cooper will need to remain in Paris for an extended period of time,’ read the memo from Emily’s boss, Sylvie. ‘Despite her overconfident manner and lack of prior experience in luxury goods marketing, she has nonetheless managed to charm some of our hard-to-impress clients during her short time at Savoir. Call it bonne chance, or American ingenuity – I’m leaning towards the former – her results are impressive. We hope that by extending her time in Paris, Emily will further the relationships she has already made, delve deeper into our culture, and perhaps pick up a few words of basic French.’

The latest trailer of Emily in Paris season two confirmed its release date and there’s not long to wait. The show’s second instalment will be landing on December 22.

The whole main cast is returning for season two. Lily Collins will of course be stepping back into Emily’s colourful Louboutins, joined by Philippine Leroy-Beaulieu as Sylvie, Ashley Park as Mindy, Lucas Bravo as Gabriel and Camille Razat as Camille. Also returning are Samuel Arnold as Julien, Bruno Gouery as Luc and William Abadie as Antoine.

While the old cast will be returning for the show’s second instalment, there will also be some brand news faces joining the Emily in Paris team.

Lucien Laviscount will be joining the cast as Alfie, ‘a 30-year-old, London-born, sarcastic charmer who refuses to immerse himself in French culture and instead prefers a pint at an English-speaking pub,’ as per Entertainment Weekly. Also coming onboard are French actor Arnaud Binard as Laurent G, a nightclub owner, and Jeremy O. Harris who is set to play fashion designer Gregory Elliott Dupree.

With plenty of loose ends to tie up – namely the love triangle between Emily, Gabriel and Camille, we can safely make a few assumptions regarding season two’s plot. Plus, luckily for everyone, show creator Darren Star spoke about his plans for season two before the show was renewed for a second instalment.

‘In season 2, she’s going to be more of a part of the fabric of the world she’s living in,’ he explained to OprahMag.com. ‘She’ll be more of a resident of the city. She’ll have her feet on the ground a little more. She’s making a life there.’

Lily Collins added, via E! News: ‘I don’t know about season two yet, but I think Emily has some surprising tough choices. The show’s so much about the culture undermining her expectations of how things are and how things seem. And everything will not be as it seems. It’s always about challenging her American worldview. We certainly have a lot of forks in the road and a lot of places to go.’

The fashion in Emily in Paris has unsurprisingly been one of its biggest talking points, with legendary costume designer Patricia Field taking the wheel. Having previously worked on Sex and the City, it is easy to see how people saw the Carrie Bradshaw inspiration in Emily’s colourful couture wardrobe. It has been revealed however that the designer was chiefly inspired by the 1951 film, An American in Paris.

Where was Emily in Paris shot?

Emily in Paris season one was filmed entirely in Paris, with a few scenes shot in the Loire Valley nearby, the location for Camille’s family chateau. Season two is in production and according to reports the filming will take place in Paris and Saint-Tropez.

How do you pronounce Emily in Paris?

A viral tweet from Netflix last year informed us all that we had been mispronouncing ‘Emily in Paris’. Taking to social media, the streaming platform tweeted: ‘Friendly reminder Emily in Paris is supposed to be pronounced with a French accent so “Emily” and “Paris” rhyme.’

Emily in Paris picked up multiple nominations over award season, something that prompted backlash. Most notably, the controversy surrounded the show’s nomination for a Golden Globe when I May Destroy You and Insecure – two pieces of critically acclaimed black art – were snubbed in the same category.

We will continue to update this article. 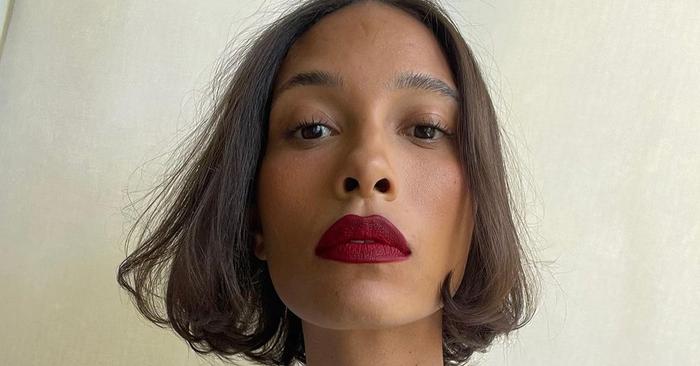 These 5 Autumn/Winter 2022 Makeup Trends Will Be Everywhere

As we head toward knitwear-and-boots season—my absolute favourite time of the year—we’ve really spotted a shift in makeup. Naturally, we ...