The London Fashion Week Trends You Need To Know The more you know.

London Fashion Week S/S 23 ended on a sombre note on Tuesday evening, as Richard Quinn held the final fashion show in memory of Her Majesty, The Queen. With parties and dinners cancelled out of respect, the week felt uncharacteristically quiet. Yet, in some ways, this allowed a renewed focus to be placed solely on the clothes, rather than the events happening around them.

London Fashion Week has always been known for its creativity, innovation and the championing of young, up-and-coming designers. Given each designer has such a unique point of view, often it can be difficult to find a through-line that connects a runway with the next. However, this season we did see some prominent trends emerge.

Cut-outs have continued to be the detail of choice among many brands and this season we saw the design elements used specifically to highlight the hips. Several designers also opted for diagonal cut-outs often joined together by a series of buttons. Elsewhere lace was a hero applique, with insets placed on dresses and skirts, while those romantically inclined will have noticed a heart motif making an appearance across several collections.

Keep scrolling for more on the top trends from London Fashion Week S/S23.

Skin-baring silhouettes have been all over the runways in the last few years, with cut-outs becoming a universal trend. This season, designers have honed in on a specific kind of shape, depicting diagonal and asymmetric cut-outs on the catwalk. From Poster Girl to Rejina Pyo, Eftychia to Chet Lo, cut-outs have certainly taken on a new angle for S/S23.

Many designers have also opted to connect each cut-out through the use of buttons or clasp closures. We see that trend below from Rejina Pyo and Eftychia and also spotted on a pair of trousers with connected cut-outs at Christopher Kane.

While cut-out dresses and tops have been around for a while, this London Fashion Week we witnessed the trend trickle down (quite literally). Biker shorts, wide-leg jeans and all-manner of skirts, featured side-splits and cut-outs at the hips. Nensi Dojaka added heart-shaped trinkets to her cut-outs, while Masha Popova highlighted the hips through cut-out waistbands on jeans and denim skirts. 3. All about that lace

Lace is a trend we see time and time again, but this season designers are taking inspiration from an unusual source: nightgowns. Reminiscent of what some might wear to bed, these are certainly not your grandmother’s nightgowns.

Lace insets have been applied to dresses and skirts, adding interest to otherwise minimalist silky fabrics. JW Anderson and Rixo paired their lace alongside yellow dresses, while Christopher Kane opted to add the detail to a blue mini. From Nensi Dojaka to Molly Goddard, designers are encouraging consumers to wear their hearts on their sleeves this Spring/Summer. Or, more accurately, on their hips, chests, feet and more. Heart motifs were spotted at several different shows throughout fashion week. 8 formulas for a sun-kissed glow 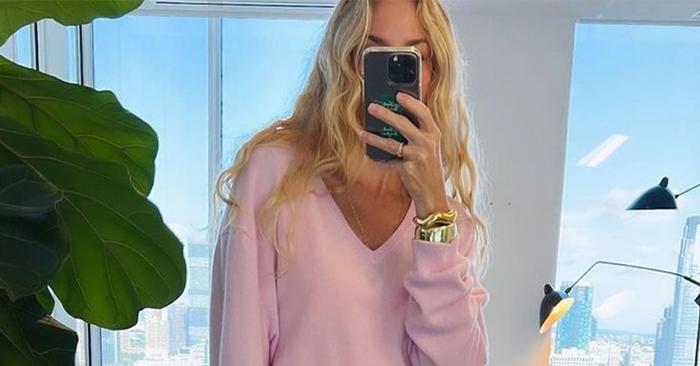 32 Pretty Items From J.Crew You Need to See Right Now

Out of all the trends that have emerged for fall 2022, it’s the pretty and ultra-femme aesthetic that I can’t seem to ...