the pivotal years on the throne Elizabeth II started life destined to be a relatively minor princess. And then fate stepped in…

Princess Elizabeth Alexandra Mary was just 10 years old when her life dramatically changed course. The man she knew as ‘Uncle David’ – Edward VIII, King of England, had scandalously announced his abdication in order to marry American divorcee Wallis Simpson. His brother Bertie ascended the throne, which thrust his quiet, prim daughter Princess Elizabeth into the limelight. One day she would be Queen.

For the princess, 1936 marked the abrupt end of a carefree, almost normal childhood. Although royalty, she and her parents Bertie and Elizabeth, and younger sister Margaret, lived in a five-floor townhouse in Piccadilly, central London. It was a relaxed and happy household: every morning the girls would noisily pile into their parents’ bed, a ritual that would continue up until the morning of Elizabeth’s wedding day. Elizabeth (known as ‘Lilibet’) was horrified at the idea of moving to Buckingham Palace once her father was King. Her reaction was to exclaim: ‘What? You mean forever?’

The princess was most upset about being separated from her best friend, neighbour Sonia Berry. ‘The Queen was a happy child, but quite introverted,’ said Berry. ‘It was always her younger sister, Princess Margaret, who was an extrovert, even in those days. The Queen was serious-minded and terribly well-behaved.’ They kept in touch, but the shift in Elizabeth’s social standing was reflected in a new formality. Later, Berry found herself having to call the friend she taught to skip, ‘Your Majesty’. The change in circumstances was dramatic. On Elizabeth’s 16th birthday, when most girls her age might get their first lipstick, she was given the honorary title of Colonel of the Grenadier Guards. Always shy, at the parade to mark the occasion, she had to be prodded to step forward and take the salute. There were occasional relaxed times, such as a visit with Margaret, organized by her nanny, to London Zoo, but with her position in life now pre-ordained, Elizabeth took to her duties with the diligence she exhibits today.

So, on 22 July 1939, when it was decreed she was to visit Dartmouth Naval College with her father, she did so without question. On arrival, the Royal party was informed that to avoid some cadets with mumps, Elizabeth should skip the organized chapel service. Instead, a tall, blond cadet, Philip Mountbatten, was requested to ‘entertain her’. Five years older at 18, he was a distant cousin of the King – his father was Prince Andrew of Greece and Denmark. To say that Philip made an impression is something of an understatement. Elizabeth was so captivated that, it’s claimed, she knew the instant she set eyes on him that she would one day marry him. She was 13 years old. Her cousin Margaret Rhodes said ‘She never looked at anyone else. She was smitten from the start.’ But it would be eight years before she’d get her wish to marry him – World War II saw Philip conscripted to service with the Royal Navy, and Elizabeth joined the Auxiliary Territorial Service (ATS) to train as a driver and mechanic.

When the war ended, there was jubilation across the country and Princess Elizabeth, now aged 19, was giddy with excitement: she sneaked out of Buckingham Palace to be with millions celebrating in the streets – and even joined a conga line going into The Ritz Hotel. ‘The extraordinary thing was that nobody seemed to take much notice,’ said her lady-in-waiting.

Aware of their growing affection for one another, both Elizabeth’s and Philip’s families gave their approval for the match and their courtship began a year after the war ended, in 1946, when he was invited to stay at Balmoral in Scotland. ‘It was sort of fixed up,’ is how Philip remembered it.

It was during that stay at Balmoral, having asked Elizabeth’s father for permission, that he proposed. Concerned their daughter was too young – she was only 20 – the King and Queen said the engagement must be postponed until Elizabeth’s 21st birthday the following April. It was finally announced to the public on 9 July 1947.

Her partner through it all

The engagement came as no surprise. Between Philip’s proposal and the official confirmation, they had been spotted together regularly, including holding hands while walking in Windsor Park. At the wedding reception of his cousin Patricia Mountbatten at Broadlands, on 26 October 1946, they were photographed gazing longingly into one another’s eyes. The playful side of the Queen’s character was rarely seen in public after she was crowned Queen Elizabeth II on 2 June 1953 in Westminster Abbey. Just 25 at the time, she had been married four years and had two children (Charles and Anne, to be followed by Andrew and Edward). But privately, she was known for having a keen sense of humour and, in particular, loved practical jokes; once, on a Royal tour of Canada, Philip chased her down a train corridor wearing a set of giant false teeth, which amused her greatly. But her reluctance to show any emotion publicly attracted criticism, such as that levelled against her in the days following the death of Diana, Princess of Wales. Prince Charles has even accused her of being a cold and distant mother, in a controversial biography of him written by Jonathan Dimbleby in 1994. It is true that Queen Elizabeth II left her young children for weeks on end when she toured abroad – standard practice then for a royal, it must be said – but Princess Anne has commented: ‘I don’t believe that any of us, for a second, thought she didn’t care for us in exactly the same way as any other mother did.’ Away from the spotlight, the Queen always had plain and simple, even ordinary tastes. Both she and Philip shared a love of the countryside and often retreated to the privacy of Balmoral. Her devotion to her corgis was well known, as was her fondness for horses and racing. When one tabloid newspaper sent in an undercover footman to Buckingham Palace in 2003, they discovered that, far from anything remotely grand, the Queen kept her breakfast cereal on the table in Tupperware containers.

The first two decades of Elizabeth’s reign marked a huge change in society, as the post-war austerity of the ‘50s gave way to the economic boom of the ‘60s and a more permissive, informal society. Keeping pace with those changes wasn’t easy for a monarch steeped in tradition, so in 1968 Queen Elizabeth II was persuaded to allow TV cameras unprecedented access for a documentary about her life over the course of a year. Thirty million people tuned in to watch the broadcast in 1969. It was a PR disaster. Critics claimed it destroyed the Royals’ mystique, and they derided intimate scenes that included Prince Philip barbecuing sausages at Balmoral or the Queen rummaging through her handbag for change to buy bulls-eyes for Edward in a sweet shop. The documentary was withdrawn from the public domain. But it marked a change in the attitude to the monarchy, as a veneer of deference – from both the press and the public – fell away. The Royals became celebrities, with every move open to scrutiny. By the mid-80s, interest in the Queen and her family reached fever pitch, thanks to the marriages of Prince Andrew to Sarah Ferguson and Prince Charles to Lady Diana Spencer. While these initially held promise for the Royals – 750 million worldwide watched Charles and Diana’s televised wedding – they actually signalled the start of the worst period of the Queen’s life and reign. The year 1992 began badly, with Andrew’s wife Sarah Ferguson, from whom he was recently separated, splashed across the press having her toes sucked by her American financial adviser. Shortly after, Princess Anne divorced husband Mark Philips, then Andrew Morton’s devastating tell-all biography, Diana: Her True Story, was published, in which Diana was portrayed as a desperately unhappy bulimic who self-harmed because her husband loved another woman. In November, a fire destroyed huge chunks of Windsor Castle, and lastly, Charles’ separation from Diana was officially announced. On 24 November, the Queen used a speech to mark the 40th year of her accession to the throne to reveal her horror at the events. ‘1992 is not a year on which I shall look back with undiluted pleasure,’ she said, describing it as her ‘annus horribilis’.

But worse was to come. On 31 August 1997, Diana was killed. Queen Elizabeth II and Prince Philip were in Balmoral with grandchildren William and Harry, and decided to remain there to keep the boys out of the spotlight. Only when the public pressure grew – ‘Show us you care!’ screamed newspaper headlines – did she return to London. ‘The Queen viewed Diana’s death as a private tragedy for William and Harry,’ said one biographer. ‘The extraordinary, worldwide public displays of grief caught her by surprise.’

It took some years for the Queen to win back popularity. It could be argued that it was largely thanks to the new generation of Royals – Prince William & Catherine and Prince Harry & Meghan – that the monarchy regained favour. ‘The Queen is astute enough to realise they are the future, ‘ said Royal correspondent Katie Nicholl at the time. As she got older, naturally the Queen scaled back engagements, which gave her more time with her favourite person – Philip. ‘Their marriage works well due to love, respect and acceptance, in that order,’ said Nicholl. Prince William had a different take: ‘My grandfather makes my grandmother laugh,’ he says. There is kindness there too: before a Christmas speech one year, the TV crew heard Philip encouraging the Queen to take her shoes off to help her relax. ‘Forget about protocol, darling,’ he was overheard saying, ‘what people want to see, is your smile.’

Prince Philip’s loyalty sustained Queen Elizabeth II in her role, up until his death in 2021 at the age of 99. 2022 saw the Queen retreat from public life even more due to poor health, with Prince Charles (now King Charles III) and Prince William and Catherine (now the Duke and Duchess of Cornwall) taking up more of the responsibility. On the year of her Platinum Jubilee, the nation celebrated her 70 years on the throne. She made short appearances during that time, following medical advice to rest at home.

Her final duty to our country happened three days ago when she met with new Prime Minister Liz Truss at Balmoral to formally invite her to lead her government. How to Recognize Real vs. Fake Damascus Steel Knives Wedding season is back on, and if you’re on a budget, then may I interest you in one of the ... 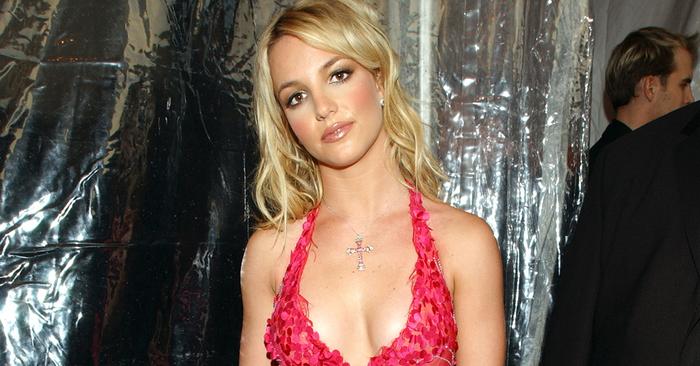 The Best Red Carpet Looks From the Early 2000s, Hands Down

If you did a deep dive back into the many celebrity red carpet moments of the early 2000s, you’ll be ...