The Queen has shared an insight into how she spent the run up to her Platinum Jubilee, which will be officially marked on 6 February.

The British monarch was showered with heartfelt letters, handmade cards, paintings, and a recipe for “a perfect Queen”, which was documented in a string of images on the Royal Family’s Official Instagram account.

The post was captioned: “This year The Queen will celebrate her Platinum Jubilee, marking 70 years as Monarch.

“To begin the celebrations, Her Majesty viewed a selection of cards, letters and artwork sent to her by children and other members of the public to mark this, and previous, Jubilees.

“In 2002 for the Golden Jubilee, 9 year-old Chris sent Her Majesty ‘A Recipe for a Perfect Queen’.

“The fan was given to The Queen in 1887 to mark her Golden Jubilee by The Prince and Princess of Wales, later King Edward VII and Queen Alexandra, and is signed by friends and relations of Queen Victoria.”

Images of the 95-year-old beaming with joy as she read the letters and cards, while sitting in the Oak Room in Windsor Castle are enough to melt hearts, let alone seeing her cuddling up to her Corgi.

But eagle eyed fans may have noticed the Queen also paid tribute to her late father, George VI, in the post, as she wore two aquamarine and diamond brooches, which were a gift to her from her parents for her 18th birthday.

In the post a close up of the recipe for a perfect Queen, detailed royal blood, “a dab of jewels and posh gowns”, loyalty, hard work, healthiness, “a cup of courage”, as well as royal waves and a good smile, are the secret ingredients.

The innovative recipe was created by a nine-year-old named Charlie in 2002.

In the compilation of images shared on social media, it also included a photograph of a bundle of cards the Queen has received to celebrate the major milestone, a hand-painted portrait, as well as a photo of the monarch smiling as she opened Queen Victoria’s Autograph fan.

The post attracted a lot of attention from fans, as it was liked by over 364,000 Instagram users.

One commented: “Her Majesty looks magnificent. Long may she reign.”

“She has it all in abundance and she has a loyal subject here. Couldn’t be more proud”, gushed another.

Another shared: “A life of service and dedication. A constant presence in my life that I hold very dear.”

The Queen is the first British royal to celebrate the milestone being 70 years on the throne.

Throughout the year Prince William and Harry’s grandmother will continue to mark the milestone, with various competitions, and events, as well as an extra bank holiday in June. This year in tech felt like a simulation • TechCrunch

This year in tech, too much happened and very little of it made sense. It was like we were being ... 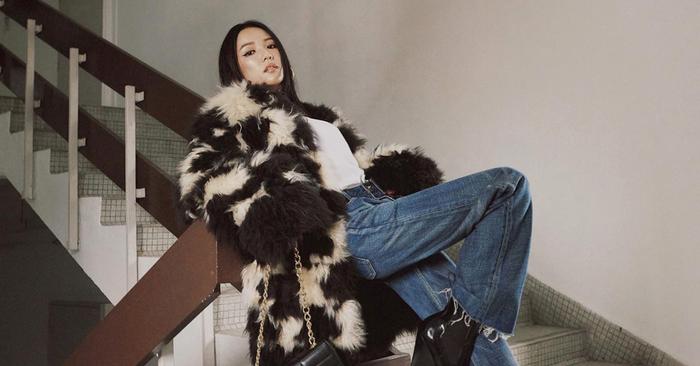 10 Easy and Fun Jeans Outfits to Wear for Nights Out

If you love wearing jeans no matter the time of year or time of day (I’m raising my hand), you’ve come ...