The Sisters Behind Pixiwoo On Growing Up With Domestic Violence

Marie Claire is working in partnership with YSL Beauty and Women’s Aid’s “Abuse is Not Love” campaign to highlight the red flags around domestic violence.

In an exclusive interview for Marie Claire, Sam and Nic Chapman – the businesswomen sisters behind beauty empire Pixiwoo, reveal the crippling fear they experienced growing up with domestic abuse.

“One of my clearest childhood memories is of perching on the step outside my parents’ bedroom each night. I’d sit and listen to the terrifying screams and bumps coming from the room, waiting for them to stop so I could go to sleep. As the eldest of four children, I felt it was my job to stay awake in case Mum needed me to rush in and help her.

“Most evenings I’d hear Dad shouting, the sound of his fist connecting with something, or a body being pushed against the wall, then crying and silence. Mum never shouted back. Like the rest of us, she lived in a state of constant fear. From as early as I can remember, I watched Dad terrorise the family. Mum was too scared to leave – Dad told her he’d kill us if she escaped. It’s only now, looking back as a mother myself, that I realise the full impact of the domestic violence I witnessed as a child. I may be a strong, confident woman with the drive to run several businesses, but this is borne out of a determination to prove my abusive father wrong – he spent so many years putting the women in my family down, telling us we were fat and useless. I still suffer with terrible anxiety after being stalked by Dad after Mum finally threw him out. Even now, I immediately find myself looking for exit points in a new room in case I need to escape.

“Because of Dad’s domestic violence, I also ended up in relationships with men who were bad for me – one boyfriend kicked me in the stomach when he found out I’d been smoking. I’ve spent most of my life avoiding close relationships entirely because I feel trapped when I get too close to someone and I’m scared of being let down. I honestly don’t think I’ve ever been in love or ever will be.

“Dad had always been violent. He was heavily built with striking angry eyes. My earliest memory is of going to prison with Mum to visit him while he was doing a stint for armed robbery. At home, I regularly saw him pinning Mum up against the wall or holding sharp objects, like screw drivers, up to her face, yelling he’d cut her eyes out.

“But Mum was no victim of the abusive relationship. A strong and fiercely protective mother, she held down several jobs and was capable of running her own business, but Dad gradually eroded her confidence. When she met him, she was a carefree, naïve 19-year-old from a nice, stable family; he was the type of man who flew into a rage if you gave him wrong directions in the car or looked at him in a ‘funny way’. Yet, like most abusive people, he was complex. He was very good looking, intelligent, charismatic and charming. Once he’d upset you, he’d ask you to sit on his lap, tell you he loved you and that he was only doing it for your own good. It was such a confusing, manipulative environment to grow up in.

“As the eldest, I was most aware of the domestic violence going on, but my sister Nic, three years my junior, and brothers Jim and John, who are ten years younger, suffered too. Both boys still feel a deep guilt that they couldn’t do anything to help Mum. They were just too young to understand. As kids they had recurring nightmares that Dad was breaking into their rooms to chop their legs and arms off. You can only imagine how their little minds were trying to make sense of the climate of fear around them.

“I was 17 when the ‘main episode’, as we call it, happened. One evening, after I heard the sickening noise of Dad’s fist connecting with Mum’s face in the room next door, I ran in to find my poor mum covered in blood. I remember Dad lurching at me angrily and smashing my head against the staircase before trying to strangle me. Somehow I managed to get myself – and Mum – out of the house and to a phone box opposite, where I called the police. When they arrived to arrest him, I realised the seriousness of what had happened. Mum’s face was swollen and bleeding; my eyes were still bloodshot from strangulation.

“Finally, Mum moved us to a secret address and borrowed money to get us a new house where he couldn’t find us. Thanks to a detailed log of domestic violence she had kept, Dad was banned from seeing us and disappeared from our lives. Today, most people would never imagine the prolonged abuse we’ve been through as a family. But it’s still there. We’ve all used the experience to push forward and achieve more in our lives, including Mum. It’s made us resilient and closer as a family. Now I want to help raise awareness about an issue that touches so many.” Nic, 41, the other half of Pixiwoo, is married and mother to Harry, eight, and Edie, seven. She explains:

“When our father died from MS – an illness that I now live with too – I felt nothing. Not sadness or grief. Just a numbness and an anger that this illness is the only thing he gave to me.

“Like my siblings, I’d been estranged from Dad since I was a teenager. But like any daughter of an abusive man, Dad’s effect on me has been profound. I’m a mother now, and determined to raise my children in a loving family. But, like Sam, I’ve found it hard to love. I’ve spent years trying not to get too attached.

“I’m often asked to speak publicly for my work, but I’m terrified of reading to an audience – Dad made me read books to him aloud and shouted I was stupid if I got any words wrong. I battle insecurity because he told me I had fat legs, although I was always slim and athletic. And I always expect to be let down because every promise Dad made was broken. Nothing feels real to me until I have it in my hand since all nice things – day trips, treats – were always cancelled, so getting excited was pointless. I’ll never forget as a child Dad telling us we were going to Butlin’s one year – I’d honestly never been so excited – but when, after weeks of anticipation, he came to pick us up, he put my brothers’ suitcases in the car, then said to me, ‘Sorry, you’re not coming. I’m taking a girlfriend instead.’ He drove off, leaving me at home with Mum. It was all part of his manipulative, divisive behaviour, splitting the family bonds. Dad always openly had other women. Looking back, I can recognise that I desperately wanted him to love me; I craved his approval. Despite everything, I loved him. But, after twins John and Jim were born when I was seven, Dad ignored me. He’d always wanted boys.

“Following the ‘main episode’, Dad was banned from coming near the house, but it didn’t stop him from stalking us for months afterwards. In some ways this was more terrifying. He would call and leave 20-30 messages a day on the answering machine. They’d start with, ‘I love you, I need you in my life.’ But end with, ‘You fucking bitches, I’m going to get you.’ It was horrendous. One day he broke into our house and destroyed all the family photos. Another day we came downstairs to find him outside pulling Jim out of the window after coaxing him to open it from the inside. When the police arrived, he was attempting to drive Jim away. It was an organised programme of intimidation. Living with this anxiety became our norm. Dad often turned up outside our school or house in the car and just watched us. One time, he followed us and tried to run Mum’s car off the road.

“Today, despite Dad’s efforts to divide us, we are a close, loving family. My brothers, having grown up around an abusive man, have the utmost respect for women and are successful businessmen with loving partners. My sister and I have our own families, who we cherish. Just because you grow up with abuse, it doesn’t mean you can’t escape it. It just might make you stronger and more determined to fulfil your potential.”

If you or someone you know is experiencing abuse, you are not alone. Contact Women’s Aid and connect to a support worker with its new instant messaging service.

Read more about “Abuse is Not Love”, and YSL Beauty and Women’s Aid’s partnership @ MarieClaireUK.

These are our top picks

Step up your beauty regime this Christmas… The Boxing Day designer sales might still be a week away, but luckily ... 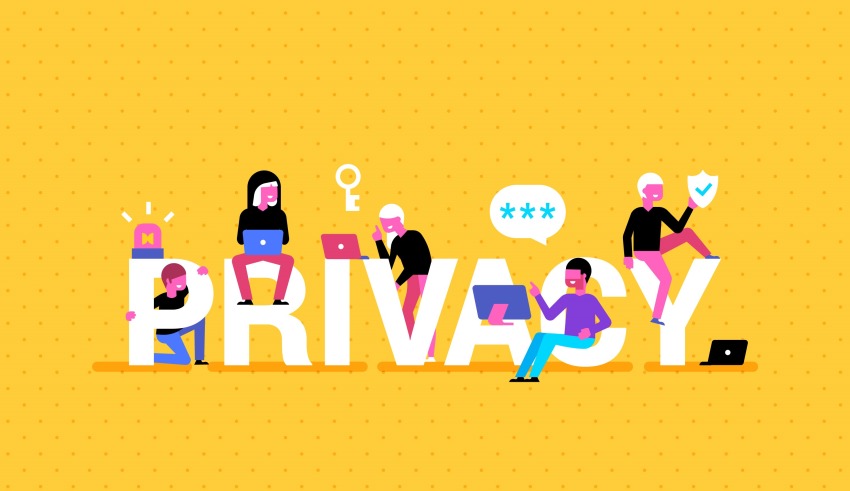 How to Stay Private on Social Media

Social media has taken the world by storm. It has become a huge part of our lives and it is ...