These are the most popular summer inspired baby names Looking for the perfect baby name can be tough – do you opt for a vintage baby name, or go for a moniker that will make your little one more successful? Would you pick a name from your favourite TV show (these Bridgerton baby names are adorable), or perhaps use celebrities to inspire your choice?

By creating a list of over 150 related names, they analysed their popularity against the latest data from the Office of National Statistics to work out which ones were used the most over five years (between 2016-2020).

Isla is of Scottish and Spanish origin, meaning ‘island’. There were 15,625 babies given the name over the five year period analysed, making it the most popular summer-inspired girls baby name, and it’s also the third most popular name for girls during that time.

Meaning ‘radiant, shining one, it is of Greek origin and represents the summer sunshine.

Ruby is the birthstone for July, making it a popular summer inspired baby name.

Another name whose meaning reflects the sunshine, the name Ellie is of English origin and means ‘bright shining one’.

The name of the goddess of sunshine in Roman mythology, Aurora is of Latin origin and means ‘dawn’.

Of English origin, it’s directly relating to the summer season.

The name is of Spanish origin, meaning ‘flat tropical grassland’.

The name Niamh is of Irish origin and means ‘bright’ or ‘radiant’, another name with connections to the summer sunshine.

A name originating from nature, Skye is an alternative spelling of sky, which reflects the blue summer skies.

Rounding off the top ten is another sunshine related name, Elena, which is the Italian and Spanish form of Helen and means ‘bright, shining light’.

Topping the list for Summer-inspired boys’ names is Leo. The name has Latin origins and means “lion” and is the star sign for people born between 23rd July – 22nd August.

The name Lucas is the Latin form of the Greek name Loukas and means ‘bringer of light’, which can represent the sun.

A name which has connections to the ocean, Dylan has Welsh origins and means ‘son of the sea’.

The name Luca is the Italian variation of Lucas and Luke and also means ‘bringer of light’.

Another popular boy’s name relating to the sun, Luke is the English form of the Greek name Loukas and means ‘light-giving’.

Associated with the Leo star sign, the name Leon means ‘lion’ in Greek, which is the representation of the astrological sign.

Another name associated with the ocean, Kai is of Hawaiian origin and means ‘sea’.

A reflection of the warm sunny weather, the name Sonny represents the summer sunshine.

The name Hamza is of Arabic origin and means ‘lion’, relating to the Leo star sign.

The final boy’s name in the list is Morgan, a gender-neutral name of Welsh origin that means ‘sea-born’.

Would you choose any of these adorable names for your little one? 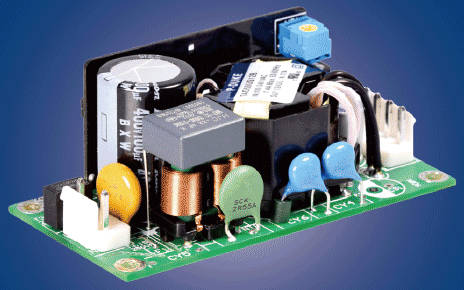 50W PSU with 3×1.5in footprint and lots of output options

“TAD50 series delivers 50W continuous output power,” according distributor Luso Electronics, which is promoting the PSU. “In addition, a peak ... Who is Cameron Norrie? Here’s what to know about the tennis player