Thousands of anti-war protestors have been arrested across Russia

More than 4,300 arrests were made after protestors across Russian cities condemned Vladimir Putin’s invasion of Ukraine.

Mass protests against the Russian invasion of Ukraine took place in cities across the world over the weekend, and in Russia thousands took to the streets to protest against the actions of their country’s president.

According to the Guardian, more than 4,300 people were arrested across 21 Russian cities, as they demonstrated against Putin’s invasion of Ukraine.

In their latest data round-up, OVD-Info, report that on the 6th March at least 30 instances of protestors being beaten were confirmed and state that it is “likely that this number is much higher”. They also claim that detained protestors have faced torture at police stations:

“At the Brateevo police station in Moscow, detainees were hit in the face and head with bottles, kicked in the legs, kneed in the stomach, dragged by their hair and had sanitizer sprayed in their faces.

The group also commented that there had “been known cases of police officers searching for protest videos on the phones of passersby in central Moscow.” They claim that if a person refused to unlock their phone, they were then threatened with an administrative charge of disobeying the police.

During the protests over the weekend, thirteen journalists were also detained as protesters, say OVD-Info, despite attending on behalf of their journalistic work.

Russia has recently cracked down on media establishments and threatened to jail journalists that they deem to be spreading “fake” news on the armed forces. BBC Director-General Tim Davie criticised the Kremlin’s new legislation, which he says, “appears to criminalise the process of independent journalism”.

Days ago, the story and video footage of 90-year-old Yelena Osipova made it onto several news sites. A survivor of the Leningrad Blockade and a well known activist, Osipova was arrested in St. Petersburg for protesting the invasion of Ukraine. 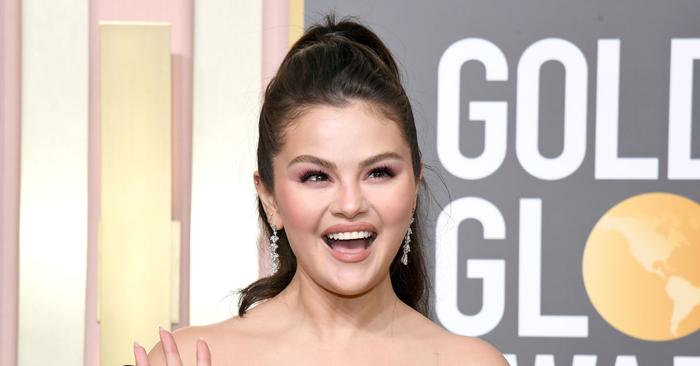 Meryl Streep and Paul Rudd in Only Murders in the Building

Hot off the heels of her Golden Globes appearance in Los Angeles, Selena Gomez is back at work in New York City ... Cara Delevingne proudly showed off her psoriasis at the Met Gala