When he’s not breaking the internet with his outfits from the Venice Film Festival, Timothée Chalamet is pretty vocal about his experiences. Now, the Dune actor has spoken out about the effects of social media on the younger generation.

Chalamet said that with the ‘onslaught of social media’ it’s ‘tough to be alive now’ for young people who rely on social media such as Twitter and TikTok.

The 26-year-old admitted his views on social media as he gave a press conference for his new film Bones and All, at the Venice Film festival.

He told E! News: “To be young now, and to be young whenever — I can only speak for my generation — is to be intensely judged. I can’t imagine what it is to grow up without the onslaught of social media.”

Talking about his new role, which is set in the 80s, years before social media became popular, he added: “It was a relief to play characters who are wrestling with an internal dilemma absent the ability to go on Reddit or Twitter, Instagram or TikTok and figure out where they fit in.”

While he added: “Without casting judgment on that, you can find your tribe there, but I think it’s tough to be alive now,”

The US actor, who plays Maren, a ‘sexy bisexual cannibal’, in the coming-of-age romantic-horror film, also said how much we rely on social media today could be detrimental to society. “I think societal collapse is in the air — or it smells like it — and, without being pretentious, that’s why hopefully movies matter, because that’s the role of the artist… to shine a light on what’s going on.”

Chalamet, who quickly became a heartthrob, after appearing in Call Me By Your Name, and wore this amazing red carpet outfit recently is said to have got a standing ovation when Bones and All was played at the Venice Film Festival recently – with publications reporting that the audience gave it an 8.5-minute standing ovation.

Along with other celebrities like Selena Gomez, Adele and Ed Sheeran actor Tom Holland have also spoken about the negative impacts of social media recently, saying he was taking a break for his ‘mental health’. And the statistics speak for themselves. Mental health charity MIND explains how social media overuse can increase feelings of negativity, anxiety, depression, and self-comparison. 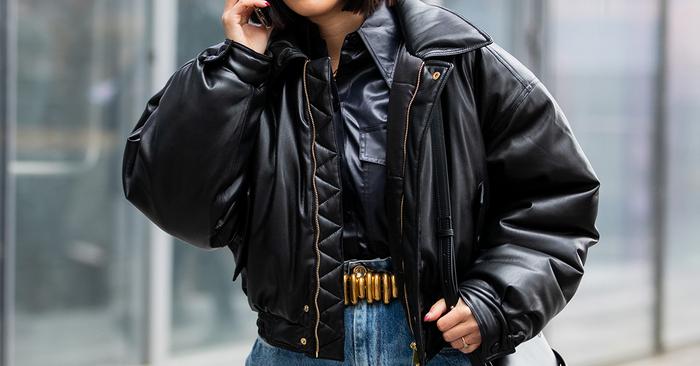 The Cool Leather Puffer Jackets to Wear All Winter

While there are plenty of takes on leather jackets you’ll find stocked in fashion insiders’ wardrobes, puffer versions continue to ...