Why Jennifer Aniston’s comments about *that* viral salad are damaging By now, you’ll likely all have seen that viral salad that Jennifer Aniston supposedly made for herself and co-stars Lisa Kudrow and Coutney Cox every day for ten years on the set of Friends.

The recipe was revealed in a 2010 interview when Aniston’s co-star Courteney Cox shared that they used to eat the same Cobb salad whenever they filmed together (which was likely often, seeing as they’re best friends and two of the main characters).

“Jennifer and Lisa [Kudrow] and I ate lunch together every single day for ten years. And we always had the same thing — a Cobb salad,’” Cox shared with The LA Times. “But it wasn’t really a Cobb salad. It was a Cobb salad that Jennifer doctored up with turkey bacon and garbanzo beans [chickpeas] and I don’t know what.”

She added: “[Jen] just has a way with food, which really helps. Because if you’re going to eat the same salad every day for ten years, it’d better be a good salad right?”

The twist on a cobb salad includes bulgar wheat, chickpeas, cucumber, red onion, feta, mint and parsley, and has broken the internet in the past few weeks.

Everyone seems to have been giving it a go at home, from dieticians and nutritionists to working mums and busy shifters looking for a filling, easy-to-prep meal. I myself gave the combo a try and found it delicious – creamy, crunchy and the perfect amount of filling, too.

Yet this week, Jen has finally addressed the viral recipe, saying that it’s actually not the one they ate every day.

Speaking to Elle, the 53-year-old said: “Well, that salad, dare I debunk that? That’s not the salad that I had every day on Friends. I feel terrible because it’s literally taken off like crazy, and it looks like a delicious salad, by the way, but that’s not the one that I had on Friends.”

She continued: “I would never have that much chickpea in a salad, to be honest. Not good for the digestive tract.”

This is where her comment gets tricky. While Jen is known for her healthy lifestyle – she joined Vital Proteins as their Chief Creative Officer in 2020 – she’s not a qualified nutritionist, dietician or health professional, which means making remarks about what constitutes healthy – and what does not – is problematic.

Several qualified professionals I spoke to confirmed that the recipe is a great balanced meal option, full of fibre and vegan protein sources – so a celebrity who’s done no training publically dissing it will likely lead to the thousands of people around the world who’ve tried it feeling guilty or disappointed about their food choices.

With a global reach as big as Jen’s, it’s disapointing to see the star see health and nutrition in such black and white terms and not think more before publicly dismissing it. Sure, healthy looks different on everyone, but let’s leave the nutrition advice to the qualified professionals, shall we? 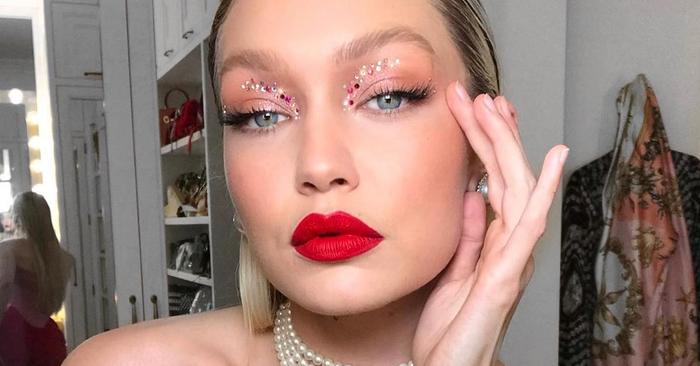 These 10 Celebs Will Convince You to Try Maximalist Makeup

It’s no secret that TikTok is obsessed with minimal makeup. Whether it’s the “cold girl” makeup trend or the more ...