Over the last few years, Prince William and Prince Harry’s relationship has made headlines across the world with many claiming that the brothers had fallen out before the Duke of Sussex stepped down as a senior member of the royal family.

Harry first addressed the speculation of a royal feud during the 2019 documentary Harry & Meghan: An African Journey, when he admitted that they had ‘good days and bad days’, and in his interview with Oprah last year he revealed that he believes his brother is ‘trapped’ in the monarchy.

While the reported rift came as a shock to many royal fans, it has been claimed that tensions between them had been mounting for a while with royal biographer Tina Brown alleging that ‘friction between the brothers escalated over their professional alignments.’

More recently, it was said that William and Harry were reconnecting via Facetime and Whatsapp – although an attendee at the Queen’s Platinum Jubilee church service at St Paul’s Cathedral said that William avoided any contact or interaction with Harry.

However, a new report says that William and Harry were ‘never really good friends’ long before the rift rumours started.

Royal expert Ingrid Seward claims that they ‘never got along particularly well’ but that William’s wife, Kate Middleton, has tried to ‘encourage their relationship’.

As reported via the Mirror, she said: ‘They sat together for TV interviews on their joint causes joshing with each other but they were never very good friends.’

Seward also adds that Kate Middleton attempted to unite the brothers, but was unable to bring them closer together.

She added: ‘Kate went a long way to encourage their relationship and although William has always looked out for Harry, he feels at the moment there is nothing more he can do.

‘Instead, he is concentrating on what he knows he can achieve rather than wasting time on things he can’t change.

‘He knows what’s in store for him and he knows how tough it is but with the help of Kate and support from his father the Prince of Wales, he remains positive and optimistic about his future.’

William and Harry have not yet commented on the claims. products to keep you cool 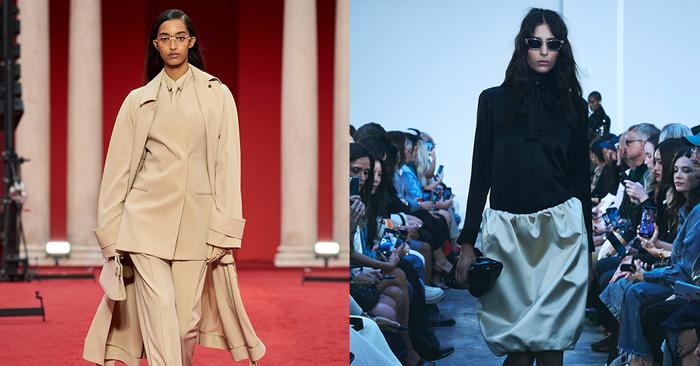 Quiet Luxury: The Latest Aesthetic to Take Over Fashion

In 2022, the buzz phrase that permeated the fashion space was “dopamine dressing”, named for its mood-boosting effect that included ...