your need-to-knows, plus how to do it like a pro

Keen to introduce some discipline in the bedroom? Read tips from the pros…

Did you know? One LELO found that 84% of respondents have tried spanking in sex, with search around a good old sex spank rising in recent months, too.

No longer solely the reserve of committed Fifty Shades fans , a bit like using jiggle balls, being taken across the knee for a spot of disciplining has gone mainstream in recent years.

It’s also the easiest way to experiment for first-time bondage for beginners play – all you need is a hand, a buttock and some momentum. Ready? Set? Kink.

Don’t miss our guides to the best sex toys, Kamasutra positions, and how to talk to your partner about a fetish, while you’re here.

Spanking in sex: your guide

To start with, if you’re not quite feeling up to a spank, feather ticklers are a great way to experiment with skin sensitivity. Lovehoney.co.uk’s bondage expert Jess Wilde says, “When people think of sexual organs, they think of their genitals and various sensitive spots all over the body. But your largest sexual organ is your skin. Your entire body is a receptive organ.”

“You want to try and increase blood flow to an area to make it really sensitive and as pleasurable as possible, so a feather tickler is a great way to create that pins-and-needles type feeling across someone’s skin.”

She continues: “They’ll then be really sensitive to kisses and licks and tickles, and all the things that follow. It’s all about heightening what you’re already doing – like seasoning.”

2. Take things up a level

Once you’re happy with that, try moving on to some light spanking.

When it comes to beginner’s spanking, Wilde says you’re trying to find something that’s going to spread the sensation as far as possible. “Think a widespread sensation rather than something narrow and intense,” she explains.

“You’re looking for something gentle, and ideally something that’s padded and will absorb some of that spank, because you don’t necessarily want all of that impact on your lover’s skin for the first time.”

According to Wilde, half the fun comes from simply breaking the taboo of spanking in sex. “At this stage, it’s actually more about the thought of doing spanking for the first time. You’ve broken that threshold of, ‘We did a spank!’ It’s only later when you start thinking whether you want sensation, and maybe pain – and that’s fine too. But for now, it’s just going, ‘Oh my god, we did it!”

Another tip: give the area you’ve spanked a stroke or a tickle.”Spanking is about drawing blood to the surface of the skin, making it really sensitive, so a spank followed by a tickle is going to feel much better than the tickle on its own.”

4. Work out the sweet spots

“The other thing we talk about is sweet spots across your body. I use the term thut – it’s that magical area between the bottom of bum cheeks and the top of your thighs, so it’s the ‘Thut’, the thigh-butt,” she shares.

“Whether you’re a guy or a girl, if someone spanks you in that spot, all the vibrations travel straight through all the right bits.”

Harley Street psychotherapist doctor Karen Mann agrees, saying: “The reason why spanking is so enhancing ( as long both parties agree) is because there is a fine line between pain and pleasure, and spanking releases dopamine which makes us happy and crazy about our partner.”

So why does it feel so good? When you’re spanked on your bum, there’s an increase of blood flow through the whole area causing intense arousal, apparently. She says that spanking in sex can be a great way to of keeping a relationship fresh, alongside more ‘vanilla’ sex acts. “It’s no good having steak every night – couples need their hamburgers too,” she adds.

5. Start light and build up

Do note: Wilde advises starting light with spanking in sex. “But, as long as you’ve set up a safety word you’re both comfortable with, there’s no reason why there can’t be some mild progression throughout play,” she goes on.

Think about it this way: would you want to be spanked all-guns-blazing for the first time, if you’re the top in this situation? “Read your partners body language,” she recommends. “If they haven’t used their safety word and they seem to be enjoying it, keep going and maybe increase it, vary things. But always be listening out for that safety word because the minute they want you to slow down or be gentler, you have to listen. If you don’t listen, you won’t be doing it again.”

One system that works well in this scenario? The traffic light system. Try this:

“Variation is key – don’t concentrate on just one area, because even the lightest stroke in one area repeatedly will get irritating after a while,” she advises.

And finally, as with bondage, communication is key in spanking – whether that’s verbally, or with your body language.

According to psychologist and relationship expert doctor Sandra Wheatley, “The benefits come from the fact that you are communicating with your partner. It’s like discussing whether you want spaghetti bolognese for dinner or not – it should be that open of a discussion, non-emotional and in the cold light of day. At least then it is out in the open, and it will show that your relationship is strong enough to withstand that kind of conversation.”

She emphasises, however, that both partners must sign up for spanking: “It must be consensual, and you must be prepared for the tables to turn – it might be that one partner was enthusiastic to begin with and the other wasn’t, but once they’ve tried it then actually it’s the other way around, and you have to be prepared fort hat and prepared to re-adjust.”

The most important thing, says Sandra, is not to be pressured into anything by warped ideas of what your sex life should be like (we’re looking at you, EL. James): “There’s this idea that people think that they should be talking about it and trying it, and they might have doubts – ‘Am I boring? Is the fact we’re happy in our relationship enough? Should I be pushing the boundaries?’ You shouldn’t do anything you aren’t comfortable with.”

Ready to spank? Wilde recommends padded products for first-timers: “One of our paddles (above) has one side that’s completely fluffy with faux fur, so you can kind of imagine what that would feel like – it’s not going to be painful at all.” 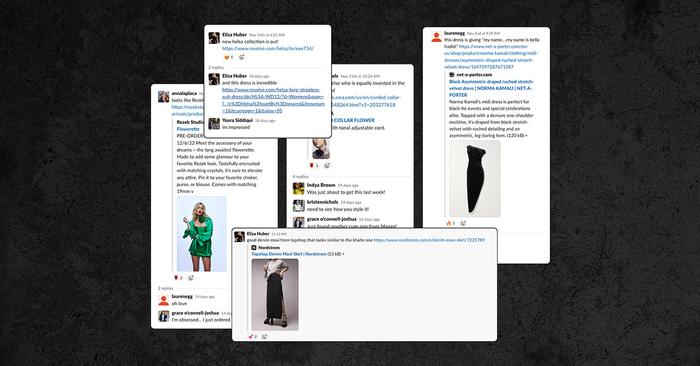 Like many companies, here at Who What Wear we are very active on slack. We fashion editors particularly love it ... 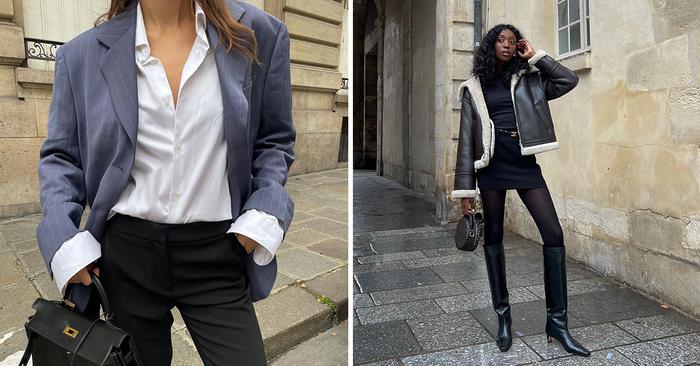 If you’re a fan of simple and effortless French-girl style, then you’ve come to the right place. As someone who ...